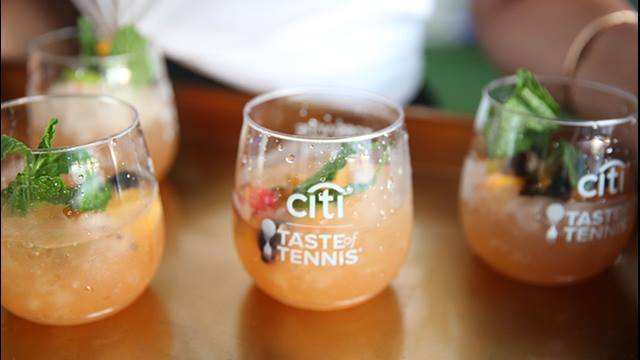 Haiti-born, Chef Ron Duprat, and St. Lucia-born Chef Shorne Benjamin, are among 11 amazing chefs who will present their mouth-watering delights to guests at the July 30th event at The Hamilton Live in Washington, D.C.

Chef Ron, as he is called, is best known as one of the top competitors on Bravo TV’s “Top Chef” during that season’s competition in Las Vegas. He amazed judges with is exotic flavors, combining rich Caribbean heritage flavors with French accents.

Duprat is currently the Food and Beverage Director/executive Chef for Bridgewater Golf and Country Club Carmel Indiana. He has prepared amazing meals for President and First Lady Obama, Jay Z and Beyoncé, Usher and many more.

His professional career catapulted after graduating from the prestigious French Culinary Institute, New York. He has since worked alongside renowned Master Chef Jean George at the popular ABC Restaurant, NYC; alongside James Jermyn at the award-winning restaurant Maloney & Porcelli and at the well-known Lower East Side NYC contemporary restaurant Falai. These experiences allowed him to explore and expand his innate culinary gifts and each helped to form the vision to establish his own identity in the dynamic realm of culinary artistry.

His career highlights include being featured at the Annual “Taste of the Caribbean” festival in Montreal, Canada, where he presented 5-star culinary creations.

In addition, Chef Shorne has previously served as Executive Chef for the Annual Rum and Rhythm Benefit hosted by the Caribbean Tourism Organization in New York and has participated in the Annual event for over 5 years representing the island of St. Lucia.

Taste of Tennis is a one of a kind presentation featuring food prepared by leading chefs which off major tennis tournaments throughout North America. It’s held annually in Indian Wells, Miami, D.C. and New York.

Gold glitters among the looks at New York Fashion Week