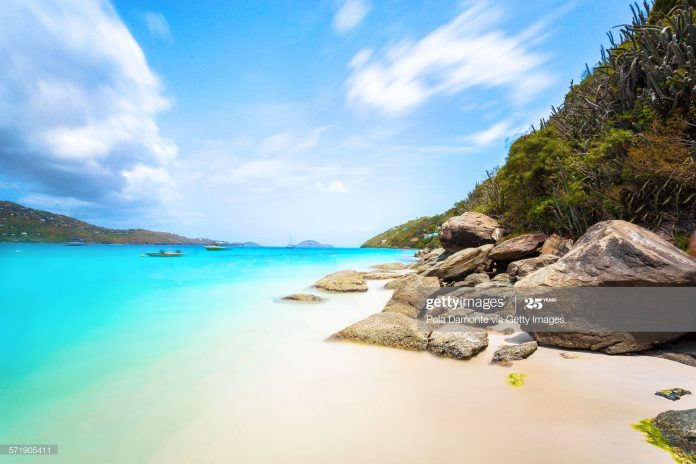 News Americas, NEW YORK, NY, Mon. April 6, 2020: As the number of coronavirus cases in the Caribbean past 3,000 Sunday night and the death toll also continued to uptick, one Caribbean island is showing more recoveries from the virus than any other in the region.

The U.S. Virgin Islands, which has reported 42 cases to date, has also reported that 34 of those cases have recovered from the virus.  That is significantly good news at a time when other islands in the region are showing very sparse recovery rates compared to the infection rate.

According to the 91-DIVOC web project, which collates CDC data, the U.S. Virgin Islands also has the lowest rate of spread of any U.S. state or territory, after controlling for population size.

So far, the Islands’ Department of Health said it has tested 266 people. Twenty-eight are positive on St. Thomas, 12 on St. Croix and two on St. John. On Friday, Governor Albert Bryan said three people were hospitalized territory-wide, with two on St. Thomas and one on St. Croix.

“All of these patients are in stable condition and none of them are using ventilators at this time,” Mr. Bryan said at the time.

Cuba has 8 deaths while Guadeloupe has reported 7 as does Trinidad and Tobago.

The Bahamas’ death toll is now at 5 while Martinique has reported 4 as has Sint Maarten and Guyana.

Jamaica has three deaths to date while St. Martin has two.  Barbados, The Cayman Islands, Haiti, Suriname, Curacao, The USVI and The Turks & Caicos now all have one death, respectively.

Across the Caribbean, there have been now 3,029 confirmed cases as of last night. The Dominican Republic also continues to lead the region with 1,745 cases. Of that number, only 17 have recovered.

Here’s where the other countries stack up:

Trinidad and Tobago – 104 with one recovered

St. Vincent and the Grenadines – 7 with one recovered

St. Barth – 6 with one recovered