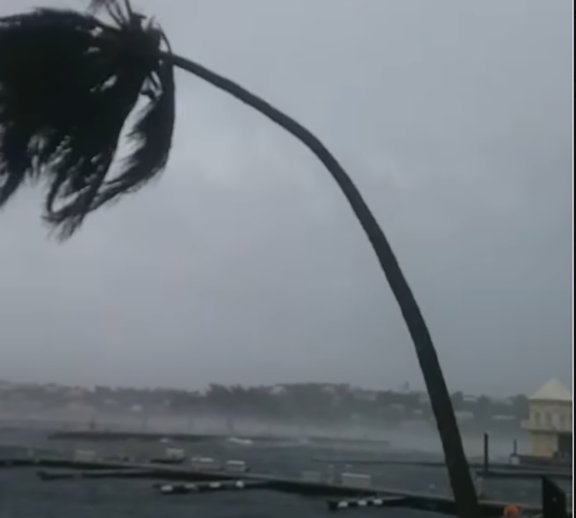 Bermuda last night avoided a direct hit from powerful Hurricane Humberto as the storm began moving away at 9 p.m. but not before unleashing rain, fierce winds of up to 132 mph and pounding seas that left some 1,600 in the dark.

Canada on Wednesday urged nationals to avoid non-essential travel to Bermuda because of Hurricane Humberto.

The Bahamas last night hosted a national day of prayer for those killed and lost after the onslaught of Hurricane Dorian that was also promoted by Google’s Doodle.

Barbuda, Saba,St. Eustatius, Anguilla, St. Maarten, St. Martin and St. Barthelemy have all issued a storm watch as Tropical Storm Jerry strengthens. The center of Jerry will be near or north of the northern Leeward Islands Friday and pass north of Puerto Rico on Saturday.

The arrest of a Jamaican man by immigration officers in Connecticut as he left a courthouse sparked a protest Tuesday by concerned residents about the action of Immigration and Customs Enforcement agents.

A Human Rights Watch report has found that more than 300 people have been killed over the past decade in conflicts over the use of land and resources in the Amazon rainforest of Brazil.

Trinidadian national, Virgil Mitchell of the Bronx is a free man after being cleared of murder charges by the Bronx DA after spending two years in jail.

And the government of Trinidad and Tobago is giving hunters a free license to kill and eat as many Capybaras as they’d like. Capybaras are semi-aquatic mammals found throughout almost all countries of South America.