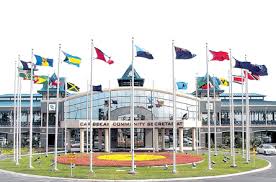 News Americas, CASTRIES, St. Lucia, Thurs. June 18, 2015: Months ahead of the upcoming 2015 summit of the Commonwealth heads of government in Malta, Caribbean Community (CARICOM) leaders are at a familiar impasse that is once again virtually beyond a crying shame; unable to present a consensus candidate as the next secretary general of the Commonwealth.

Despite the fact that the work of the Commonwealth Secretariat is in support of development goals of the region, by now, it should be less cumbersome than it is made to believe for the selection of a CARICOM candidate from within the region that is already in active participation, serving as a voice of reason, a champion for empowerment in its totality, emblematic of the essence of the Commonwealth to promote democracy, rule of law, human rights, good governance, social and economic development.

Instead, CARICOM leaders are unable to break the cycle of individualism, and abandon pettiness that stifles regional integration, in pitting three candidates for secretary general of the Commonwealth, namely:

• Antigua and Barbuda has nominated Sir Ronald Sanders, a former high commissioner to the United Kingdom and member of the Commonwealth Eminent Persons Group.

As this plays out, it opens Pandora’s Box, for peddlers that advocate secular status and embedded linkages. In addition, this invites political public relations outfits to engage in paid political cynicism that reads “Support Dominica’s Candidate”.

In the interim, the bureaucratic process and inaction by CARICOM seems wedged in identity politics that believes in the Communist model, in serving close ties with Russia, China and Venezuela. And, hereditary politics that are usually descendents of political dynasties of educated elites that serve special interest groups.

The problem is that these drawbacks are instant and, on the world stage, are not reflective of the opinions and values of Caribbean people and in no way promote regional integration.

The region must demand a higher standard from government, in adherence to a wide range of global standards, and therefore the caliber of representation needed to produce a realistic plan, to solving current fundamental socio-economic and geopolitical situations on the horizon as an enshrined value.

The Commonwealth has long stood by its core principles of consensus and common action, mutual respect, inclusiveness, transparency, accountability, legitimacy, and responsiveness, yet CARICOM has not employed that approach to cement its strength in the global environment, and create new drivers of growth to facilitate the region’s expansion and global rise in the future.

For too long the Caribbean region has coexisted in smoke and mirror exercises, while citizens become comfortable in the clutches of regional and local governments and their representatives, with zero executive experience, no diplomatic experience and zero negotiating skills, unaccustomed to dealing with international creditors, negotiators, traders and lobbyists, instead simply feeling comfortable to open palm and bear hug diplomacy in the shadow of global powers.

The Chinese proverb makes clear that “If we do not change our direction, we are likely to end up where we are headed,” which amounts to no long lasting solutions for the region, except for CARICOM leaders to kick the can down the road for the next generation, and borrow the patrimony of the unborn, to the next crisis.

Indeed, CARICOM leaders must be held accountable, past and future, notwithstanding the interest of powerful western, Asia and European blocs and emerging blocs that shape agendas.

But so can CARICOM and the OECS with a coordinated system of governance and the combined use of political and socio-economic engagement.

It is very evident that democracy thrives when supporting institutions, non government organizations (NGOs), environmental, social, and governance, nonprofit organizations, and other civic groups are allowed to prosper in a robust regulatory framework.

Their influence can magnify and gain sufficient trust to make positive changes, not just in the best interest of their domestic arena; but promoting regional interests and the wider Caribbean internationally, given the complex and multilayered issues facing island states’ government exposure to foreign countries, in the pursuit of trade, cultural exchanges and broader interest in investments, security and building strategic alliances.

This generation needs precise action, leadership and diplomacy to brighten the future.

The onus is on CARICOM leaders to stand out with a consensus candidate, capable of utilizing tools and resources to champion the strategic interest of the Caribbean region as a single bloc, on the world stage.

Therefore CARICOM leaders should come to an agreement and further use this moment as a pivot for real expectations to build better governance, which is most desirable in this era of geopolitical and global economic configurations.

Ultimately, the next secretary general of the Commonwealth, preferably embedded from within the region’s calculus, whose relationship with contending powers is established, poised, but firm, in world capitals, is fundamental to maximize member countries of the Caribbean and the Americas regain lost ground, and influence in 21st century-led development.

EDTIOR’S NOTE: Melanius Alphonse is a management and development consultant. He is an advocate for community development, social justice, economic freedom and equality; the Lucian People’s Movement (LPM) www.lpmstlucia.com critic on youth initiative, infrastructure, economic and business development. He can be reached at malphonse@rogers.com

Cayman, US Agree on Reporting of Americans’ Assets

Cuba Says Goodbye to a Strong and Generous Ally