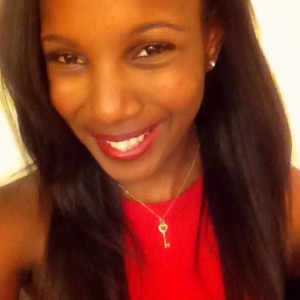 News Americas, NEW YORK, NY, Tues. Mar. 10, 2015: As the cause of death of Jamaican-born athlete and Syracuse University student, Sabrina Cammock, continued to be investigated, U.S. organization Team Jamaica Bickle was among those last night paying tribute to the 21-year-old. “We have lost a young promising life,” TJB founder Irwine Clare, Sr. O.D., told NAN last night. “She by all accounts had a promising athletic career and Team Jamaica Bickle extends condolences to her family.”

Clare said her father, Witcliff Cammock, went to same high school as he did in St. Ann, Jamaica and Cammock recently ran on a record relay team for Syracuse. “We have lost one of her ambassadors,” Clare added, while insisting that he looks forward to the cause of the student athlete’s death.

Cammock, who was on Spring break with friends from Syracuse, was found dead on Saturday in the Edison hotel in Times Square. New York Police have ruled out foul play. Friends told police they went out Friday night, then returned to their room at the Edison Hotel where they went to sleep.

Cammock never woke up. An autopsy was conducted Sunday, but the results were awaiting further studies, medical examiners’ spokeswoman Julie Bolcer was quoted by the Associated Press as saying.

Cammock was born in Watt Town in St, Ann and attended the Bethany Primary School near Alexandria in the parish, according to the Jamaica Gleaner. She left Jamaica after completing Grade Six  and lived in Queens, NY where she attended The Mary Louis Academy before moving on to study at Syracuse University. She was studying public health at Syracuse’s David B. Falk College of Sport and Human Dynamics and was in her senior year.

Cammock was recently part of the women’s 4×400 relay team at the 2015 ACC Indoor Championships at Virginia Tech. She won a Syracuse scholar-athlete of the week award last April and was also named to the 2012-13 Big East conference All-Academic Team.

Here’s What This Caribbean Roots Senator Is Saying About Dreamers