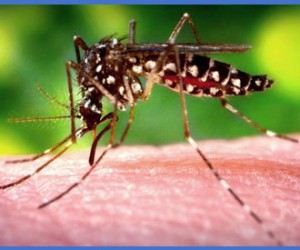 News Americas, NEW YORK, NY, Weds. July 30, 2014: As all eyes turn to the Ebola outbreak in three West African nations, the number of chikungunya cases in the Americas continues to climb.

The latest update from the Pan American Health Organization/World Health Organization (PAHO/WHO) show that suspected and confirmed chikungunya cases in the Americas has increased about 7.4 percent to reach a whopping total of 474,880.

In neighboring Haiti, suspected cases reached 64,645, an increase of 2,273 since the previous week, the update shows. The number of confirmed cases in Haiti held steady at 14.

In South America, Venezuela has now confirmed 9 locally acquired cases and 48 confirmed imported cases to bring the total to 57. Last week’s report listed 45 confirmed cases but didn’t specify how many were local or imported. Also, one imported case is listed for Colombia.

In Central America, suspected cases in El Salvador increased by 194, to 1,969, with confirmed cases staying at 8.

For the United States, the report lists 282 confirmed imported cases, a slightly lower figure than the 300 reported by the Centers for Disease Control and Prevention on Jul 22. The first locally acquired case of chikungunya was reported July 17th in Florida.

The update shows a total of 875 cases in Puerto Rico, which is 190 more than a week ago. The new total includes 643 suspected, locally acquired cases; 215 confirmed local cases; and 17 confirmed imported cases.

Meanwhile in the Pacific, American Samoa has confirmed its first three chikungunya cases, according to a Jul 26 Radio New Zealand story. The territory’s acting medical director said test results were still awaited on 20 other cases and that dengue had been ruled out for most of them.

There were no new deaths, leaving the toll at 26, PAHO reported.

The virus’s name, taken from the Makonde language of south-central Africa, refers to the common effect it has of causing sufferers to “bend over” in pain. The virus is carried by infected Aedes aegypti and Aedes albopictus mosquitoes, the same species that transmit dengue virus. Symptoms of chikungunya, which also include headache  and muscular pain, usually appear three to seven days after a person is bitten by an infected mosquito. The disease is only rarely fatal, but the joint pain it causes can last for months or even years for some.

This Will Make You Look At New York In A Whole New Way (PHOTOS)...