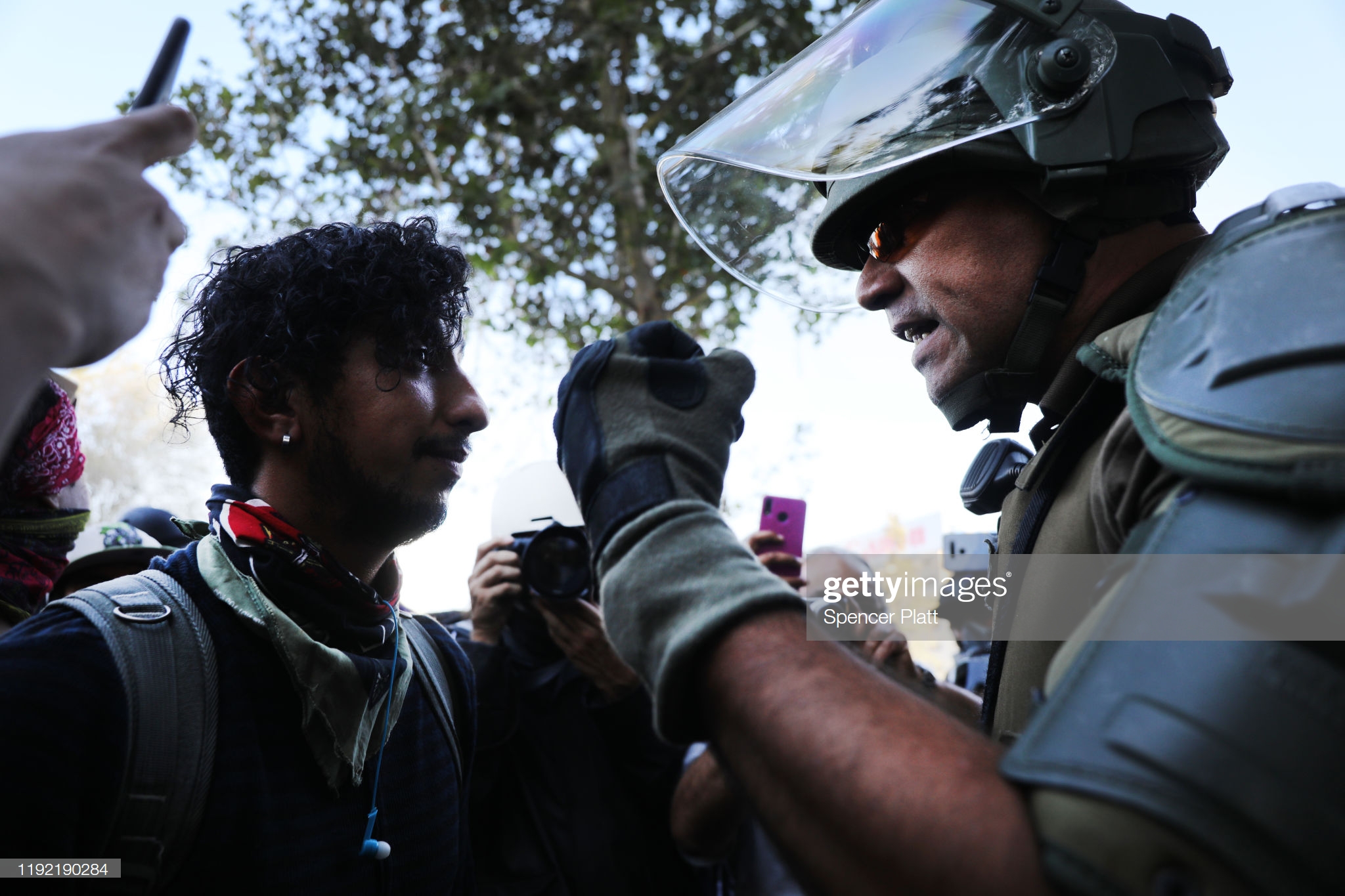 News Americas, NEW YORK, NY, Fri. Dec. 6, 2019: Demonstrations continued against Chilean President Sebastian Piñera on December 5, 2019 in Santiago, Chile as the Central Bank of Chile forecasted a 1% growth in GDP for 2019, which will be the worst year for the Chilean economy since the crisis on 2009 and the national oil company announced a raise in fuel for the third time in three weeks.

Here are some scenes from the protest: