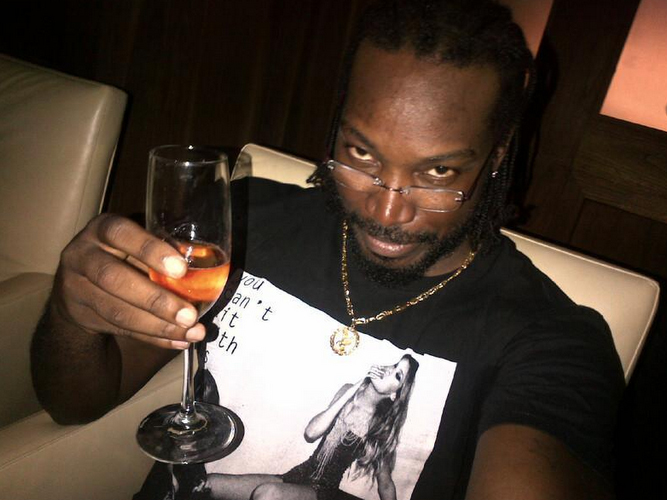 The female journalist asked Gayle: “How does the pitch feel so far in terms of the training (and) the weather?”, ahead of the CPL clash here between Tallawahs and Antigua Hawksbills in 2014.

The 34-year-old Gayle responded: “Well I haven’t touched yours yet so I don’t know how it feels”, before adding “I like your smile; that’s nice.”

No fines or outrage against the Mighty Gayle except  for Women Against Rape (WAR) – headed by gender equity advocate Alexandrina Wong, who criticized the response as “sexist.”

“To see your eyes for the first time is nice. Hopefully we can have a drink afterwards. Don’t blush baby,” Gayle said.

Except this time the West Indies-born cricketer was fined US$7,200 by his club for “inappropriate conduct.”

Even his friend Piers Morgan expressed outrage at the “cheeky” action.

Gayle for his part has said it was a joke and that the reaction was “out of proportion.”

“There wasn’t anything meant to be disrespectful or offensive to Mel. If she felt that way, I’m really sorry for that,” he said Tuesday. “It was a simple joke. The game was going on. Entertainment, things get out of proportion but these things happen.”

McLaughlin has said his date request was “a little bit disappointing because I’m not used to seeing that.”

“It’s not a nightclub, and I think one of the things that perhaps hasn’t dawned on everyone is it’s actually a workplace,” he said.

Fox Sports reporter Neroli Meadows told the Australian Broadcasting Corp. that Gayle had said similar things to her and several other female reporters.