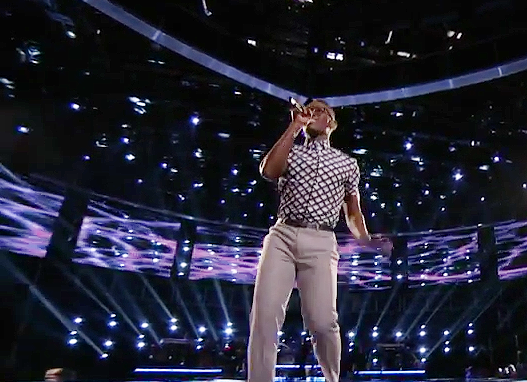 Brian Nhira of Team Adam, whose parents moved from Zimbabwe to the United States 30 years ago, had a Ciao Willy moment on the second night of The Voice Lives of NBC TV on April 12, 2016. Nhira unfortunately was voted off the show on Wednesday night, April 13, 2016. (Tyler Golden/NBC Image)