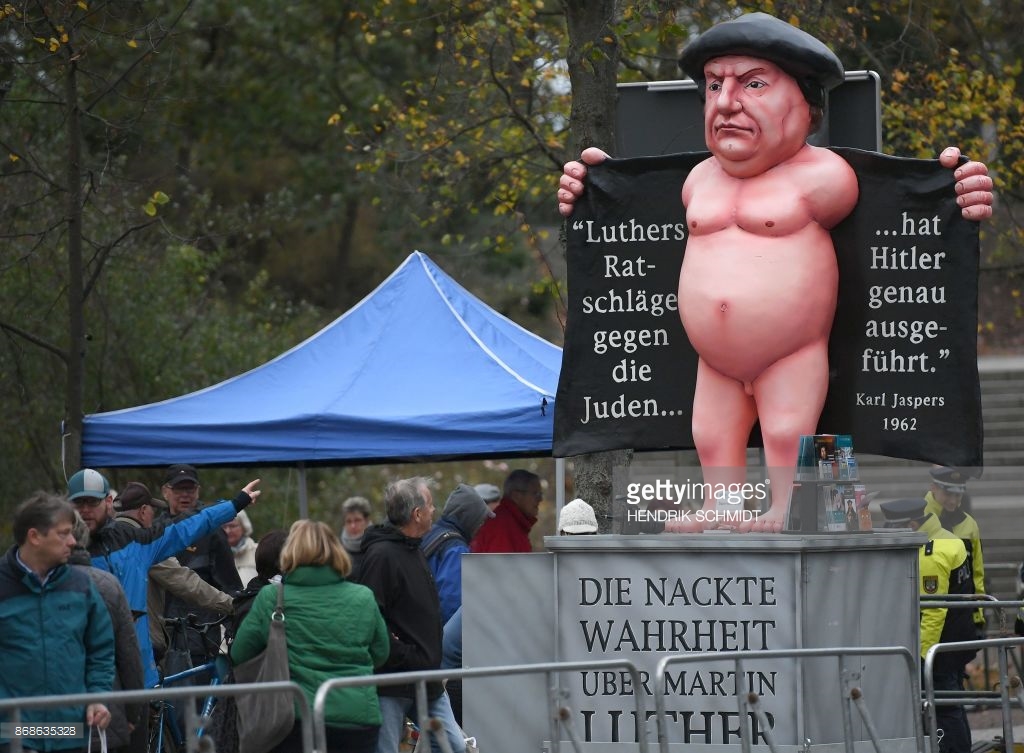 Critics were definitely going for a Ciao Willy moment with this effigy of German Church reformer Martin Luther reading ‘The naked truth about Martin Luther’ (on the socle). ‘Hitler precisely executed Luther’s advice against the Jews’ (in the coat) is seen close to the Schlosskirche (All Saints’ Church, Castle Church) in Wittenberg, eastern Germany, where celebrations were under way on the occasion of the 500th anniversary of the Reformation on October 31, 2017. It is presumed that October 31, 1517 is the date that German theologian Martin Luther published his groundbreaking ’95 Theses’ of criticism of the Catholic Church, which marks the start of the process that led Protestants to break away from the Roman Catholic Church, a revolution for the Christian religion. The Reformation caused major upheaval in Europe, leading to wars, persecutions and exoduses, including the departure of the Pilgrims for what was later to become America. (Photo credit: HENDRIK SCHMIDT/AFP/Getty Images)

No Monkeypox In Saint Lucia, But Health Officials Remain Vigilant –...