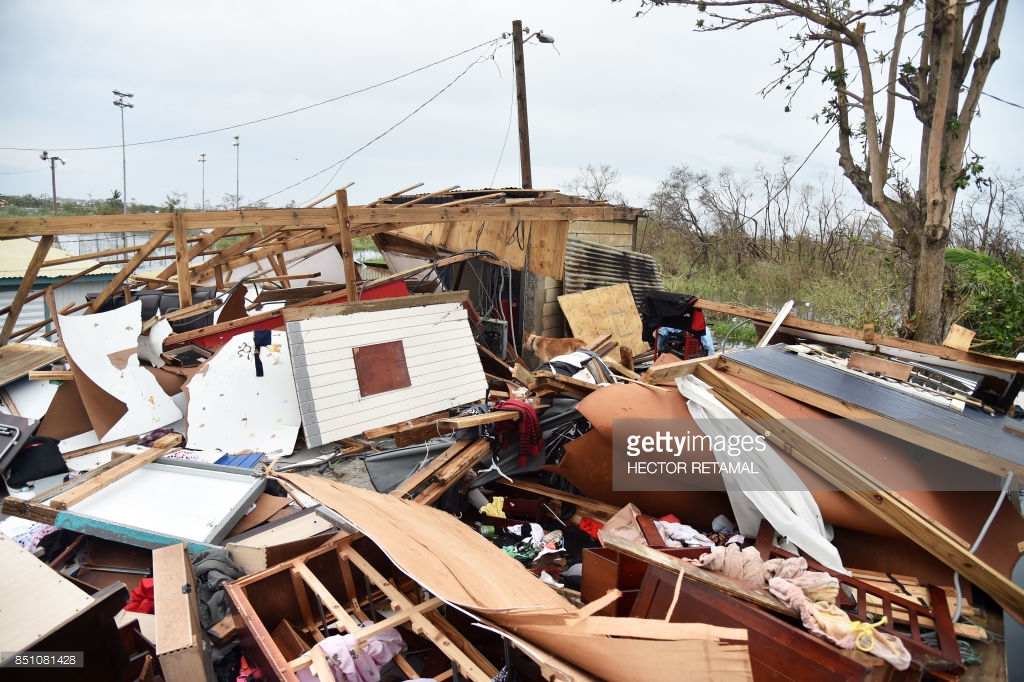 News Americas, LONDON, England, Tues. Oct. 17, 2017: A week or so ago, CARICOM’s Secretary-General, Irwin LaRocque, made clear that if the Caribbean is ever to be able to respond sustainably to the devastation caused by climate change, the eligibility criteria for development assistance must change.

Speaking about this in Georgetown on the occasion of the accreditation of a new Austrian Ambassador to CARICOM, Ambassador LaRoque observed that the regional institution had long advocated that access to development funds should not be based on the “grossly inadequate and inaccurate criterion” of GDP per capita.

It was, he said, an approach that had resulted in the graduation of most CARICOM countries from accessing concessional financing.

“We believe that this, as applied to Small Island Developing States (SIDS), must be changed as a matter of urgency to include the concept of vulnerability,” he remarked, before going on to urge CARICOM’s third country partners to lend strong support to its efforts to effect this change. There was too, he suggested, an urgent need for international development partners to re-examine the criteria for access to resources such as the Green Climate Fund.

Ambassador LaRoque’s remarks highlight the anomalous situation that the region now finds itself in.

Despite its multiple vulnerabilities and smallness, its variable levels of social and economic development, every Caribbean nation, apart from Haiti, has been graduated out of eligibility for low cost international development financing, as the average income of individuals in almost every nation is deemed to be too high.

To explain: eligibility is decided in three-year cycles by the OECD’s 30-member development assistance committee (DAC) which uses World Bank figures to determine individual nation’s level of development. It is an approach that currently groups the Caribbean other than Haiti with other upper middle-income or high-income countries, seemingly for reasons of administrative convenience. It places, for example, Guyana or Dominica in the same category as China, and other Caribbean nations on a par with wealthy OECD members.

This results in the loss of access to concessionary financing, making capital for development more expensive. Put more practically, it means that the Caribbean is unlikely to ever achieve climate change resilience and economic stability if it cannot afford to address the damage caused by extreme weather events.

Worse, the cost of post-hurricane reconstruction is likely to artificially inflate the GDP of those CARICOM nations most affected, thereby increasing the cost of borrowing, adding to debt previously incurred, often through reconstruction following earlier climate events.

What the CARICOM Secretary General’s remarks imply, and those made from a national perspective by regional leaders at the recently held UN General Assembly, is that the region must now develop,

communicate and follow a plan of action to address the issue in ways that involve a wider regional and international audience.

This means developing a campaign that is about more than just ministers, ambassadors and officials crossing continents to attend anonymous meetings. It will require overcoming bureaucratic inertia and having wealthy countries recognize politically that alternative criteria are required for nations that are small, low lying and vulnerable.

Critical to progressing the region’s case will be working with groups that can help change the minds of OECD member states. This will be challenging, not least because for this to occur, unanimity is required among its members, which include a now inward looking, climate change denying United States.

This suggests that at the heart of any regional campaign must be a parallel more general approach involving the World Bank, the IMF and other international financial institutions. This will require consistency with the UN’s agreed Sustainable Development goals and the related UN Multicounty Sustainable Development Framework in the Caribbean while also having resonance with nations in Europe, the Commonwealth, and the small island states of the Pacific and Indian Ocean.

That said, there are signs that they some wealthy European nations have recognized the need for a change in the OECD’s criteria.

One of the more surprising developments following Hurricane Irma and the damage done to the British Virgin Islands and Anguilla, was the criticism by the UK’s tabloid media of the alleged slowness of the British government’s response, and the subsequent discovery that it had proven legally difficult to provide support because the per capita GDP of Britain’s overseas territories was too high.

Subsequently the UK’s International Development Secretary, Priti Patel, wrote to the OECD calling for urgent reform of its rules to reflect the vulnerability of Caribbean island states in the event of natural disasters. “These rules were first established over 40 years ago. The world has changed dramatically since then, and we will work constructively with international partners to ensure the rules remain relevant and up to date,” she wrote.

It is also apparent that British officials are in discussion with other EU member states and with several leading Non-Governmental Organizations (NGOs) to explore whether there might be support for changing the rules.

More however is required if the region is to build on the international awareness that two hugely destructive hurricanes have created.

CARICOM could advance its good work on climate change by constructing a self-motivating lobby that involves the Diaspora, powerful Non-Governmental Organizations’ that are influential in international dialogue on development policy, and the Commonwealth. It could also be speaking to the people of the region, the environmentalists and the young who on social media can tell their peers globally, in their own words and in human terms, what may happen to a region loved by millions of visitors if it is not able to become more resilient.

As a low carbon or carbon negative emitter the Caribbean occupies the moral high ground, and can demonstrate it is at existential risk.

Despite this, changing internationally agreed development criteria will not be easy.

Developing a case of the kind the Secretary General envisages will not just be a test of the Caribbean’s staying power and ability to broaden awareness, but of governments’ commitment to prioritizing and supporting it, as it takes forward the issue.

These migrants were separated from their children — and aren’t sure they should be...

Why Mark Zuckerberg Is Pushing For Immigration Reform – TIME

Tourism, Crime And The Caribbean Economy