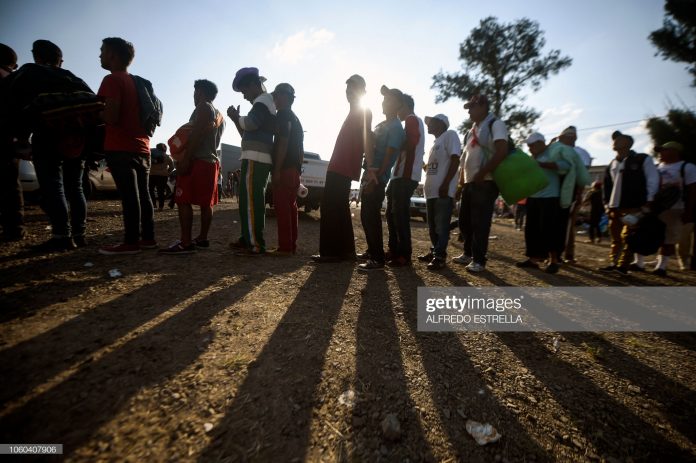 News Americas, FORT LAUDERDALE, FL, Fri. Oct. 4, 2019: On September 20th, tens of thousands of people, especially young students globally, took to the street to demand action over climate change globally. This was followed on Sept. 21st by The Youth Climate Summit, the first UN climate summit for young people and on Sept. 23rd, the Climate Action Summit with global leaders from government and businesses. But while most of the dialogue around climate change has focused on the warming of the planet, melting ice caps, the rising carbon emissions; plastic pollution and the change of weather patterns for the worst, not much dialogue has been focused on the impact on people right now!

According to the International Organization For Migration, (IOM), the greatest single impact of climate change could be on human migration – with millions of people displaced by natural weather disasters, shoreline erosion, coastal flooding and agricultural disruption.

Various analysts have tried to put numbers on future flows of climate migrants or “climate refugees” at 200 million by 2050. But the fact is that we have no way of really knowing how many so-called climate refugees we have right now because no government today has an immigration plan that caters to people displaced by climate change or is there anyway, to measure those displaced right now.

In the U.S., at least before the Trump administration, government granted what they called ‘Temporary Protected Status,’ or “TPS,” to people from other countries displaced by natural disasters like hurricanes and earthquakes – all obvious evidence of climate change.

Back in 1998, some Nicaraguans and Hondurans benefited because of Hurricane Mitch in that year while some El Salvadorians benefited in 2001 after an earthquake there.

Some Haitians benefited in 2010 after the devastating earthquake in Haiti. But that’s been largely it for natural disaster immigration beneficiaries. No U.S. administration recognized the parallel between climate change and the need for immigration allowance officially but at least there was some heart in allowing TPS for those impacted.

Of course, that is unlike this current administration of xenophobes and climate change deniers. A clear case in point was Donald Trump’s blatant denial to a suggestion of TPS for Bahamians impacted by Hurricane Dorian, one of the worst hurricanes of recent times.

And according to NBC News, the administration also ignored is own Customs and Border Protection from one year ago which pointed to another impact of climate change and its effects on crops that were leaving rural Guatemalans, especially in the country’s western highlands, in extreme poverty and starving.

Instead, a month after the CBP report was finalized, NBC said the President announced he was considering suspending foreign aid to Guatemala, which included money used to mitigate the effects of climate change on small farms.

While it is clear that climate change is triggering more storms and natural weather events that are growing faster and deadlier and disrupting the lives of more and more people globally whether on farms or islands, including our neighbors, there is no allowance or plans in place by this administration for these people who are undoubtedly “climate refugees.”

As Congresswoman Alexandria Ocasio-Cortez said last week: “”Remember when we said climate change would cause mass migration, & the right called us crazy. Well, it’s happening. And walling ourselves off from the world isn’t a plan for our future.”

The US, as one of the top three emitters of carbon dioxide globally, should be focused on an immigration plan that includes allowance for climate refugees as more and more flee rising oceans, flooding, dried up food supplies and devastating natural disasters globally.

This is a reality for the ‘global village’ in which we all currently call home. Americans deserve an administration that is forward not backward thinking. We also must demand a climate change immigration plan from those we consider electing as future leaders of this country. So far only Democratic Presidential contenders, Julian Castro and Beto O’Rourke, have connected the issue to immigration.

But this is a now our global reality – not one that is eons away. We have to have an action plan now that includes this human consequence of our nation’s own bad behavior, even if we have blindly ignored this actuality in the past.

President of the ST. Vincent and the Grenadines FA Venold Coombs suspended

Mother speaks of her distress as family plans to travel to Peru – Irish...