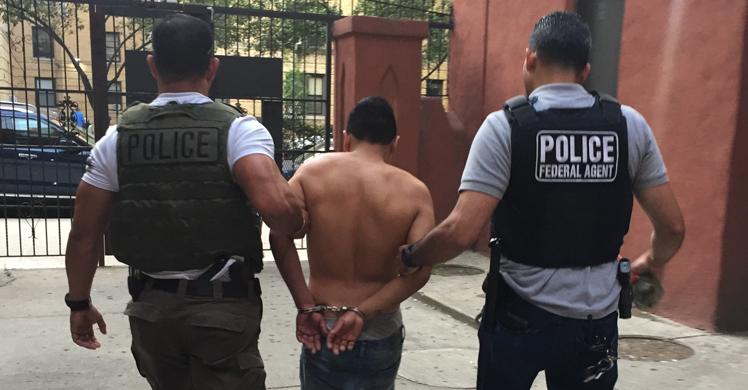 The 33 immigrants from the region, including those with criminal history, those who re-entered the US illegally and immigration fugitives, will all eventually be deported back to the Caribbean.

The Dominican Republic led the region with the most arrests over the ICE NYC round-up. Fifteen nationals from the DR were nabbed across New York City.

The second highest number of immigrants nabbed was from Jamaica with 8 reported, according to ICE. Among them was a Jamaican national who was arrested in Queens, NY with a prior conviction of forcible touching, robbery in the 1st degree.

Five immigrants arrested were from Haiti while three were from Trinidad & Tobago. ICE reported one each from Barbados and Grenada.

Queens and Manhattan accounted for the largest number of arrests during the operation which was conducted in 12 communities. A total of 114 immigrants were busted.

Bahamas National Advances On The Voice