News Americas, NEW YORK, NY, Weds. July 4, 2018: Colombian fans gathered in large numbers at the Spartak Stadium in Moscow on July 3, 2018 cried openly Tuesday as their team lost to England on penalty kicks in the final match of the round of 16. Colombia, despite fighting for a win, failed to score two of their penalty kicks, resulting in their loss to the English side and their fans shocked and heartbroken. Here are the raw emotional reactions from fans and players. 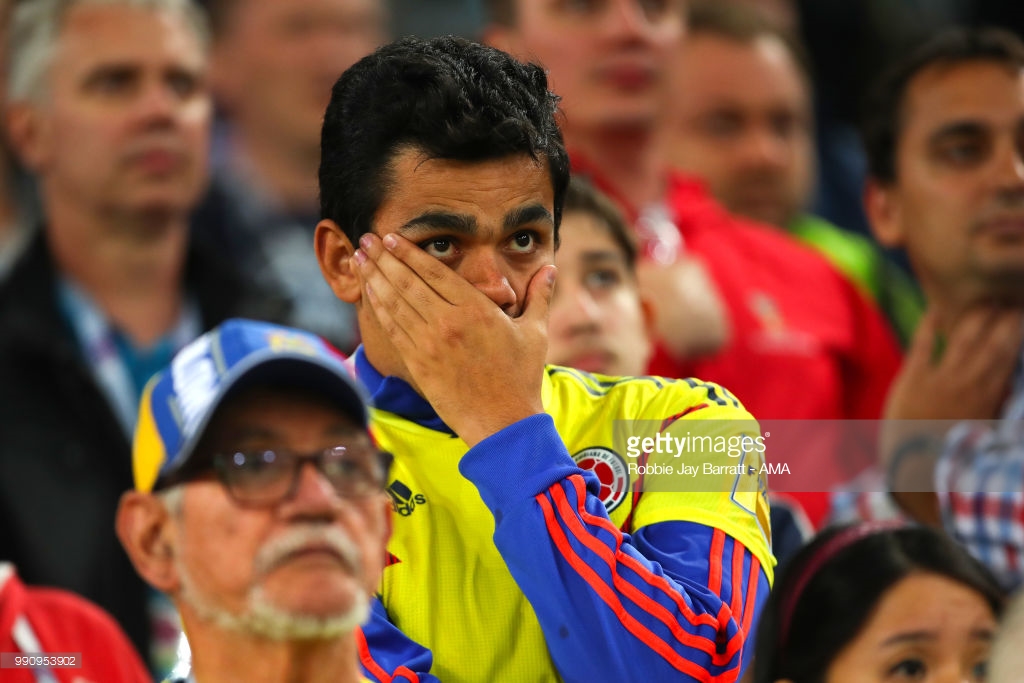 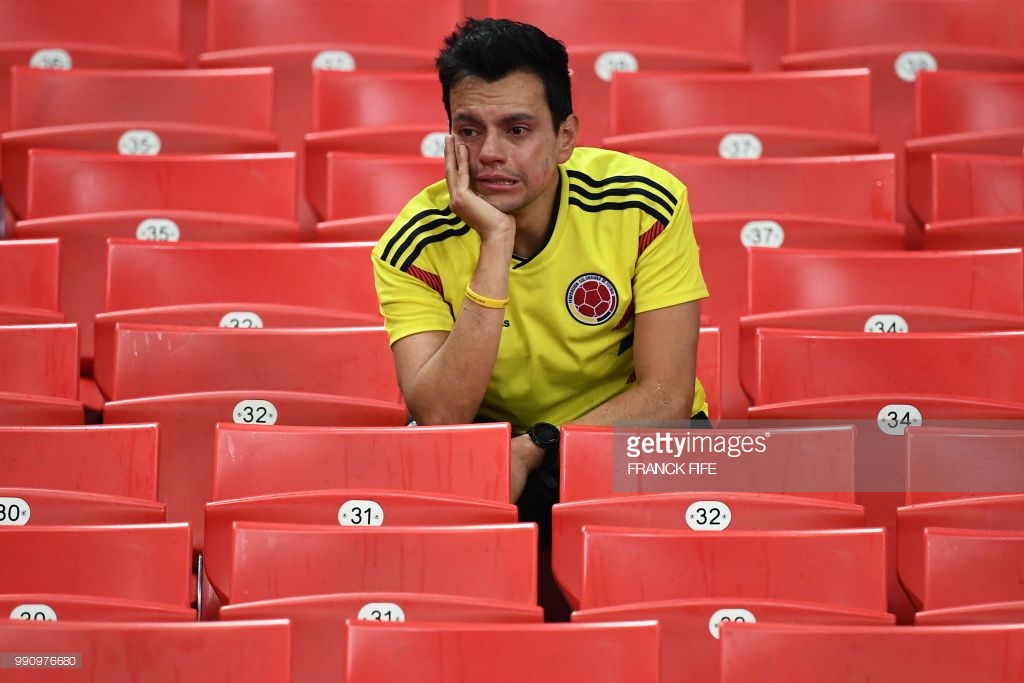 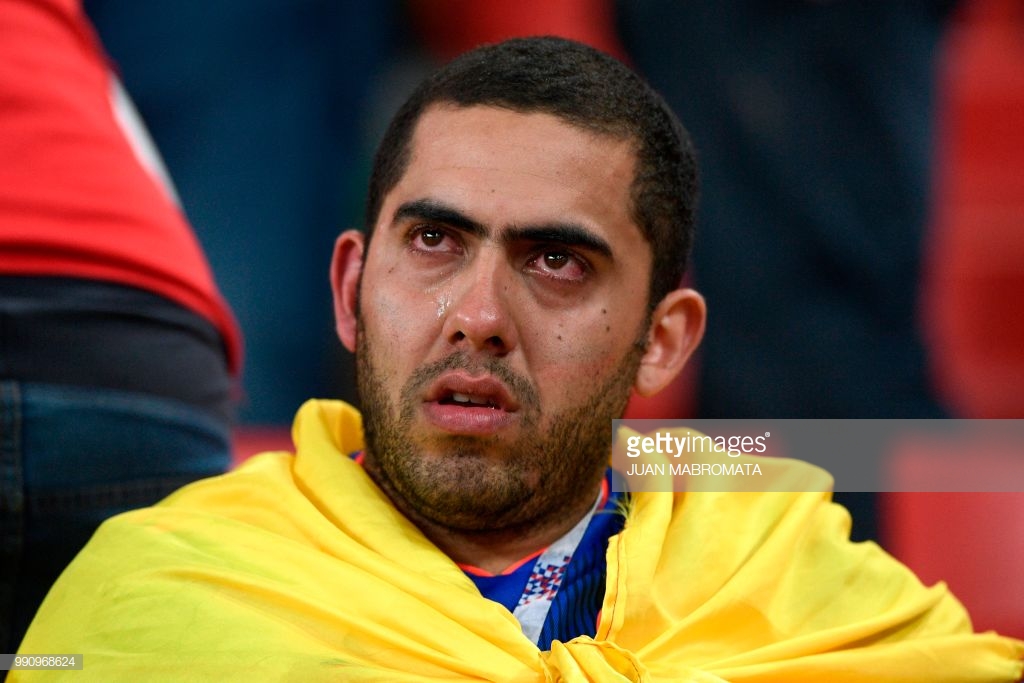 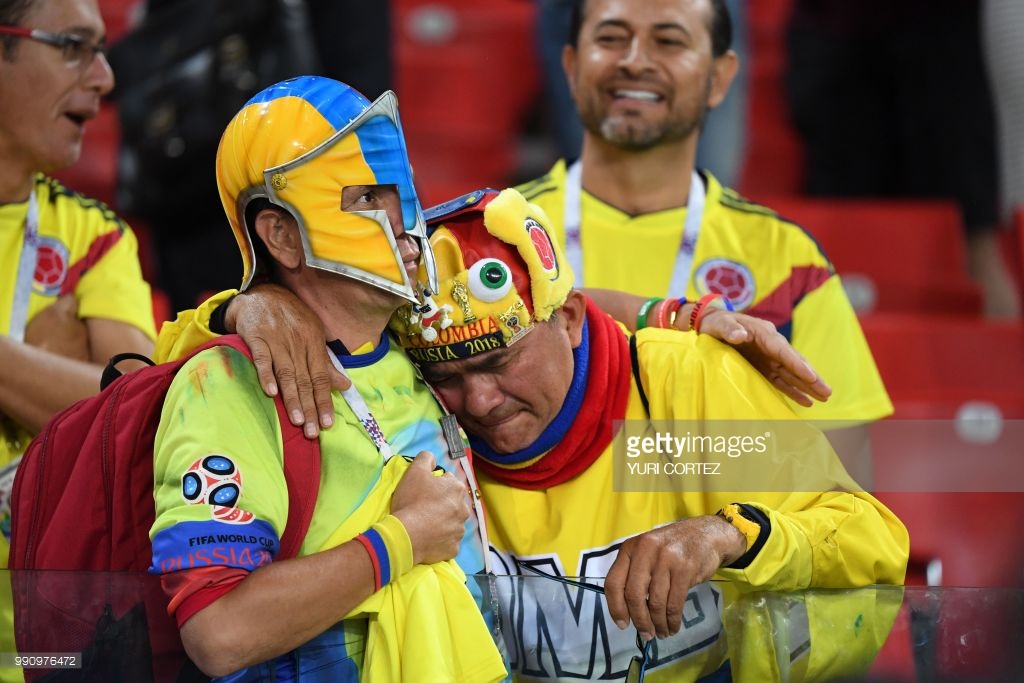 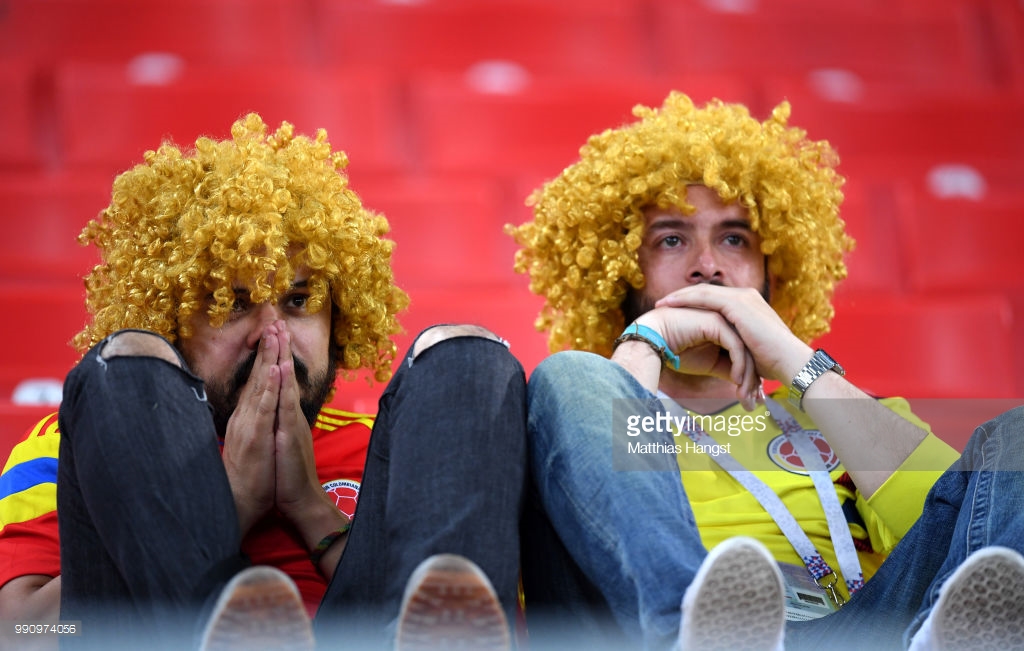