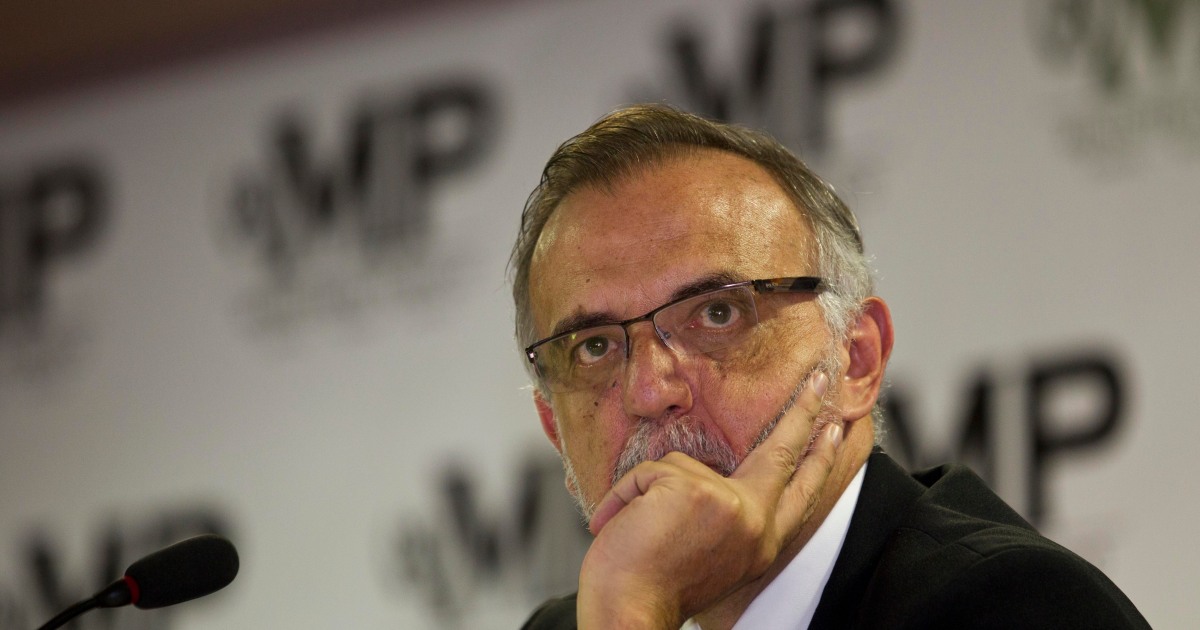 Bogota, Colombia – Ivan Velasquez first made a name for himself as a prosecutor in Medellin in the 1990s, when he reportedly refused to accept a briefcase of money from Pablo Escobar to drop investigations into the drug lord’s life of luxury in prison.

He gained prominence by investigating the ties between Colombian paramilitary forces, politicians and the business community at the height of the civil war. His work ultimately led to the conviction of more than 60 politicians, including the cousin of former President Alvaro Uribe. And he is no stranger to personal risk: During a landmark probe into financial ties between the business community in Antioquia and paramilitary groups, 14 investigators in his office were murdered.

On August 7, Velasquez will become defence minister in the administration of President-elect Gustavo Petro. He will take office amid a host of security challenges: rising violence in rural areas with little or no state presence, record coca production, and criminal armed groups who have grown in power since the country’s historic 2016 peace accord with rebels from the Revolutionary Armed Forces of Colombia (FARC).

Petro, who will become the first leftist president in Colombia’s modern history, vowed on the campaign trail to significantly reform police and military forces. His appointment of Velasquez, who also worked as the top United Nations official at the International Commission against Impunity in Guatemala, sends a powerful message that he intends to follow through.

The appointment has sparked harsh criticism from Petro’s critics, who view his past as a rebel fighter with deep suspicion. Velasquez “has taken a strong position against those of us in the military”, Raul Musse Pencue, a retired career soldier, told Al Jazeera. “We fear he will usher in a widespread persecution of military personnel who have undergone investigations related to their everyday duties as soldiers in service to their country.”

An activist in Guatemala City holding a sign that reads in Spanish ‘Thank you CICIG’ – the Spanish acronym for the International Commission Against Impunity [File: Moises Castillo/AP]

Right-wing Senator Paloma Valencia went further, telling local media that the appointment “shows a complete absence of democratic guarantees … [and] puts all of our lives in danger”.

But people who have worked closely with Velasquez in both Colombia and Guatemala paint a very different picture: one of a soft-spoken and apolitical anti-corruption crusader who always keeps a cool head, even during times of extreme personal danger.

“He isn’t politically motivated,” Gregorio Oviedo, a prosecutor who worked alongside Velasquez in Medellin, told Al Jazeera. “His entire career, he has advocated for human rights. He knows how to lead. He knows how to investigate, and most importantly, he knows what it is to live and work in regions of the country most politicians only read about from Bogota.”

Stephen McFarland, the former US ambassador to Guatemala, also welcomed the appointment: “Uribe has accused him of having a political agenda. As long as I have known him, his only agenda has been to build a transparent and independent justice system.”

Velasquez’s work has made him many enemies. His office in Medellin was illegally bugged by Colombian intelligence and his security team infiltrated. His personal bodyguard at the time was a spy for the country’s Administrative Department of Security, which was dissolved in 2011 after a spate of cases of illegal surveillance of journalists, human rights workers, politicians and judges went public.

He reportedly evaded a kidnapping attempt in Guatemala when government officials allegedly tried to deport him extrajudicially, and he has endured countless death threats against both himself and his family in both countries.

Velasquez’s anti-corruption work in Guatemala led to successful convictions against ex-President Otto Perez Molina, his former vice president, seven ministers, and dozens of politicians and businessmen. Velasquez was declared persona non grata by then-President Jimmy Morales in 2017 and exiled from the country.

“He arrested high-level businessmen for financial crimes – people from the richest families in Guatemala,” McFarland told Al Jazeera. “People who before Velasquez arrived thought they were untouchable.”

Petro, who frequently denounced corruption while he was on the campaign trail, “is sending a powerful message that the days of impunity, when the government might turn a blind eye to the excesses of public forces, are over”, Oviedo said. “Civilian law will be respected.”

Abuses by police and military forces have come under increasing scrutiny in recent years, as official investigations have revealed disturbing details of rights abuses, including the “false positives” scandal in which more than 6,400 civilians were killed by security forces, who falsely claimed the victims were enemy combatants.

Velasquez has expressed support for Petro’s plan to place police, who currently report to military command as part of the defence ministry, under civilian control. The reform was recommended by the UN last year after an investigation into police violence during national protests, where dozens were killed in a crackdown by security forces.

Petro has also promised to reimplement aspects of the 2016 peace deal that were delayed or dismantled by the outgoing administration of Ivan Duque. As part of his efforts to implement “total peace”, Petro has offered to negotiate new disarmament talks with rebels who weren’t part of the FARC peace deal. But this plan also entails dialogue with groups such as the Gulf Clan, which has grown increasingly aggressive, shutting down large portions of the country by force and killing dozens of police officers.

Will they be willing to negotiate with an ex-guerilla president and a prosecutor who has targeted them for decades? Oviedo isn’t certain, but he notes that Velasquez “has the determination, the ability, and the experience to take the first steps towards real justice in Colombia. But he is in for a hell of a fight.”