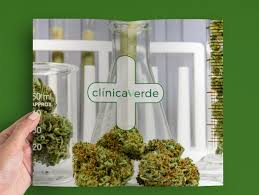 Future Farm Technologies Inc. this week announced they have closed on a joint venture between Future Farm and TCG Investments, LLC, owners of the Clinica Verde brand of medical cannabis dispensaries in Puerto Rico.

“Our existing stores are located in high-traffic locations, and ever since our launch in February 2017 we have enjoyed sustained sales growth. We are excited to be working with the Future Farm team and expand our presence to ten stores in Puerto Rico, creating jobs and offering our patients the highest level of service,” says Ramón Ortiz, CEO of Clinica Verde. “The patient registration process was recently simplified and is now quicker and more accessible to all. We believe we will be able to start building out the new dispensary locations this year and look forward to a 2018 opening.”

Medical marijuana is legally used in Puerto Rico to address more than a dozen conditions, including Alzheimer’s, cancer, Lou Gehrig’s disease, Parkinson’s, rheumatoid arthritis, Crohn’s disease, epilepsy and more. On October 6, 2017, Puerto Rico’s Department of Cannabis’ board approved allowing patients to go to any open clinic, regardless of the dispensary they had been assigned.

“We’re pleased about the revenue opportunities these five major dispensaries open up to us as we provide medical marijuana patients with legal, consistent, pure flower, edibles and concentrates,” says Bill Gildea, CEO of Future Farm Technologies. “Puerto Rico, with a population of almost 3.5 million residents and another 4 million annual visitors, is an exciting, new market for Future Farm.” The local population compares well to other states that have legal cannabis. By way of example: Colorado has a population of about 5,540,545, Utah 3,051,217, Arizona, 6,931,071 and Nevada has 2,940,058.

Celebrities With Off-Shore Companies In The British Virgin Islands

High Chance of Cyclone Over SW Gulf of Mexico: NHC