News Americas, NEW YORK, NY, Fri. April 8, 2011: More than 88,000 criminal immigrants have already been deported back to Latin America and the Caribbean in just the past six months, New Americas has learnt.

U.S. Immigration and Customs Enforcement deportation data obtained by NAN show that from the beginning of the 2011 fiscal year in October last year to the end of March this year, 88,497 criminal “aliens” or migrants were deported back to their country of birth in the Latin/Caribbean region. A “criminal alien” is defined under U.S. immigration laws as a migrant who is convicted of a crime.

There was no surprise as the biggest receiver of criminal migrants was Mexico for Latin America, with 70,874 deported as of March 28th. The second largest number was returned to Guatemala; some 5,163, while Honduras followed with 4,682.

El Salvador was fourth with 3,956.Other Latin nations received far less deportees – Colombia, 471; Nicaragua, 365; Ecuador, 337 and Brazil 260.
Sixty criminal deportees have been sent back to Bolivia so far this fiscal year while there were 50 each for Venezuela and Argentina. Chile has received 49; Panama, 47; Uruguay, 27 and Paraguay, 6.

For the Caribbean, the Dominican Republic received the most criminal deportees, some 1,066. They were followed by Jamaica which has received 528 since the beginning of Fiscal Year 2011. Trinidad and Tobago was third with 125 followed by Belize with 74, the Bahamas with 65 and Guyana with 64. So far this fiscal year, 50 migrants have been sent back to Aruba and 31 to the earth-quake ravaged Haiti. Other Caribbean nations received far less criminal deportees.

Cuba received 20 in the past six months; Barbados was sent 11; Dominica 10; St. Lucia seven and Antigua five. Bermuda has received four criminal migrants since last October while St. Kitts received 3; Suriname, the British Virgin Islands and Cayman Islands, 2 each, and Anguilla and the Turks and Caicos, one each. 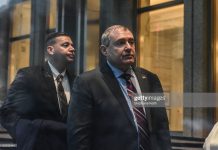 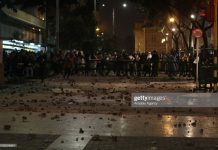 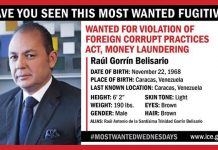