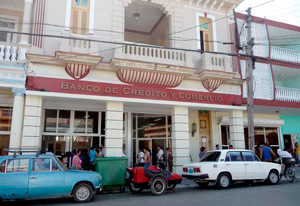 This reportedly stems from a 1986 default and includes the principal that was due at the time along with service charges, interest and penalties, Reuters quoted one of the diplomats with knowledge of the talks as saying.

Cuba has agreed to the total, meaning both sides can now move on to the next phase of renegotiating payment terms and even debt forgiveness.

Especially since Paris Club creditors are reportedly ready to show flexibility towards Cuba due to their interest in doing business there following the United States’ government move to normalize relations with the Castro government.

Cuba last reported its “active” foreign debt at $13.9 billion as of 2011 while the Economist Intelligence Unit estimated the country’s total foreign debt as of last year at $26 billion.

The Paris Club is a group of currently 20 permanent members, including the U.S., the UK and Canada. Throughout its existence, the Paris Club has aimed to produce agreements that lead to levels of payments sustainable for the debtor including debt cancellation. The first concessional agreement was concluded with Mali in 1988 under the Toronto terms (33,33 percent cancellation). The cancellation rate has been regularly raised, achieving 90 percent or more when necessary to reach debt sustainability in the framework of the Heavily Indebted Poor Countries Initiative. The Club’s total debt is put at $583 Billion and the total amount of debtor countries at 90.

After deadly fire, fears for Carnival in Brazil