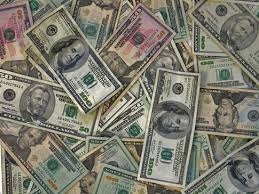 The Washington, DC-based research and advisory organization Global Financial Integrity (GFI) lists Guyana as the only Caribbean country to make the list. In a report titled “Illicit Financial Flows and Development Indices: 2008–2012” and released last week, the GFI included Guyana in the list along with a number of African, Pacific and Central American nations.

The report said Guyana’s illicit outflows reached 17.3 percent between 2008 to 2012; and 16.4 percent of its trade. Dirty money is also reportedly responsible for 193.2 percent of Foreign Direct Investment in Guyana.

This means the more illicit finance flowing out of a country relative to its output, the higher its levels of poverty and economic inequality and the lower its development,

The authors analyzed data from 2008 to 2012, from 82 countries that are highly indebted and less developed.

At the G7 summit this week, the leaders of Germany, the United States, Britain, France, Canada, Italy and Japan will discuss tax evasion. Anti-poverty groups are calling for a crackdown on tax evasion.

10 Things To Know About The Man Who Could Become The First Caribbean Born U.S. DHS Secretary

Retelling the story of the ‘Calypso Cricketers’ – Hindustan Times

I would love to explore Peru with Anurag – Deccan Chronicle