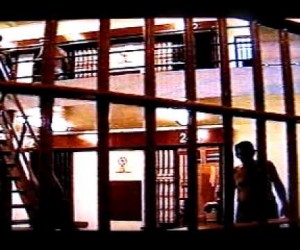 News Americas, MARTINSBURG, West Virginia, Thurs. Nov. 20, 2014: A Dominican Republic national will have to spend the next eight months in prison for producing and selling forged state driver’s licenses.

Marcos Hernandez Hernandez, 40, pleaded guilty in August 2014 to aiding and abetting unlawful production of identification document along with two others. He was sentenced this week.

Hernandez along with Jesse Antonio Garcia, 28, of Chambersburg, Pennsylvania and Kermit Miller, 61, of Martinsburg, West Virginia, were involved in producing and selling forged state driver’s licenses in a West Virginia Department of Motor Vehicles fraud scheme.

The three along with Mexican citizen Garcia “Chicano” Campos, who was convicted last week in the scheme, conspired to obtain genuine identities for undocumented aliens and others in exchange for cash.

A U.S. ICE investigation identified Hernandez as a document vendor in Northern Virginia who referred people to obtain West Virginia identities from Miller, who was a DMV employee in Martinsburg, West Virginia. Campos and his son Garcia helped facilitated the scheme through direct contact with Miller.

In Nevis, The Struggle Is On To Preserve The Birthplace Of Alexander Hamilton

Snowden Seeks Asylum in Russia because Unable to Travel to Latin America – Novinite.com