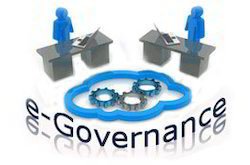 News Americas, LONDON, England, Fri. Jan 24, 2020: Politicians love to promise a better and brighter future. They tend to say little about the day to day experience their citizens have of the services they provide.

In the Caribbean, as in other parts of the world, what most individuals want from government is the rapid and efficient delivery of everyday resources, if policies and regulations are to mean anything at all.

This applies equally to social services, whether in relation to schools, hospitals or pensions, the supply of utilities, or to matters as normal as renewing a driver’s license or registering a birth or death.

Citizens everywhere want such basic transactions to be straightforward, quick and predictable. They hope their fellow citizens who work for them in the public sector have the ability and tools to deliver what has been promised in modern and efficient way.

Unfortunately, as a recent Inter-American Development Bank (IDB) report points out, most in the Caribbean are more likely to receive a service that is slow, bureaucratic and unpredictable, causing the few with the right contacts or means, to find alternative ways to speed up delivery.

‘Wait No More: Citizens, Red Tape, and Digital Government’ written by Benjamin Roseth, a modernization of the state specialist, and Angela Reyes, a digital government consultant, illustrates graphically the problems Caribbean citizens experience when it comes to the smallest unit of public policy: an individual’s transactions with government. The two IDB staffers also show how the process of digitization and a change in thinking could revolutionize the way governments operate bringing new democracy-enhancing efficiencies and cost savings.

What they analyze in detail based on research undertaken in The Bahamas, Barbados, Jamaica, Guyana and Trinidad, is people’s experience of registering a property, requesting a birth certificate, starting a business, and more generally being able to obtain answers from government departments in relation to social welfare, taxation, or from the police.

The report indicates that 90% of Caribbean government transactions of this kind are carried out on a face to face basis, requiring multiple visits, queueing then waiting at a counter, filling out forms, and writing letters.

The study details how in the surveyed nations an average transaction relating to education or health care takes 5 hours, reporting a crime takes 4.8 hours, tax payments 4.7 hours, and an enquiry about a social entitlement the same. Even the most common transactions relating to vehicles, the IDB, says, takes 3.5 hours. In Jamaica 45% of all such transactions required three or more visits and was little better in Barbados where 43 per cent of similar enquiries involved the same amount of time.

Such excessive requirements to resolve matters, often of real personal significance to the individual concerned, have downsides little considered by governments or the civil servants who have devised or implement the systems. Apart from the personal cost in leave time and travel to the individual concerned they result, the IDB says, in the earmarking of human and financial resources by government that could be better applied elsewhere.

The report also addresses the issue of corruption and illegal payments made to resolve issues relating to the provision of government services. While acknowledging that such problems exist everywhere, the report, quoting a 2019 Transparency International and IDB survey, indicates that 18% of respondents paid to ensure access to a public service. The figures were particularly high among those surveyed in Guyana at 27 per cent, but significantly lower in Barbados at 9%. While the largest percentage of such payments across the region related to utilities, alarmingly the report notes in passing what most know, that ‘15% of people paid a bribe to obtain an identity document, whereas for police services, this figure reached 18%’.

The authors of the study also indicate that the bureaucracy associated with basic transactions is more likely to negatively affect the poor and the or less educated; those most likely to require government services. More positively, however, they point to the progress being made in some Caribbean nations when it comes to company registration, indicating that Jamaica is now a world leader in online company registration.

The overall solution, the IDB suggests, is for governments to actively develop citizen-oriented programs of digitization and e-government.

As matters stand, digital transformation programs supported by IDB are underway in The Bahamas, Barbados and Jamaica where government is committed to see 90% of government services integrated and available, with every citizen having a national digital identity.

Elsewhere, to a greater or lesser extent, progress is being made by some overseas territories. Cuba’s government is trying to create rapidly an internet society able to increase efficiency and productivity, despite the propensity of its huge and often stifling bureaucracy to default without explanation to telling citizens why something is not possible. In comparison to the rest of the region, the Dominican Republic is far advanced in the process of digitization having long recognized the value to government, democracy and productivity of having a functioning digital economy.

If such a process is to succeed in CARICOM what is also required is widespread digital literacy, the skills and education that enable this, full and reliable high speed 4G connectivity, and financial inclusion so that all can make and receive digital payments. It also requires consistently positive online experiences that encourage confidence at a grassroots level. It needs too, significant financial resources and a significant development programs, if the region is to achieve the levels of integration between government and its citizens that for example Mauritius now has.

Jamaica’s PM Blames Dudus For Decision To Step Aside