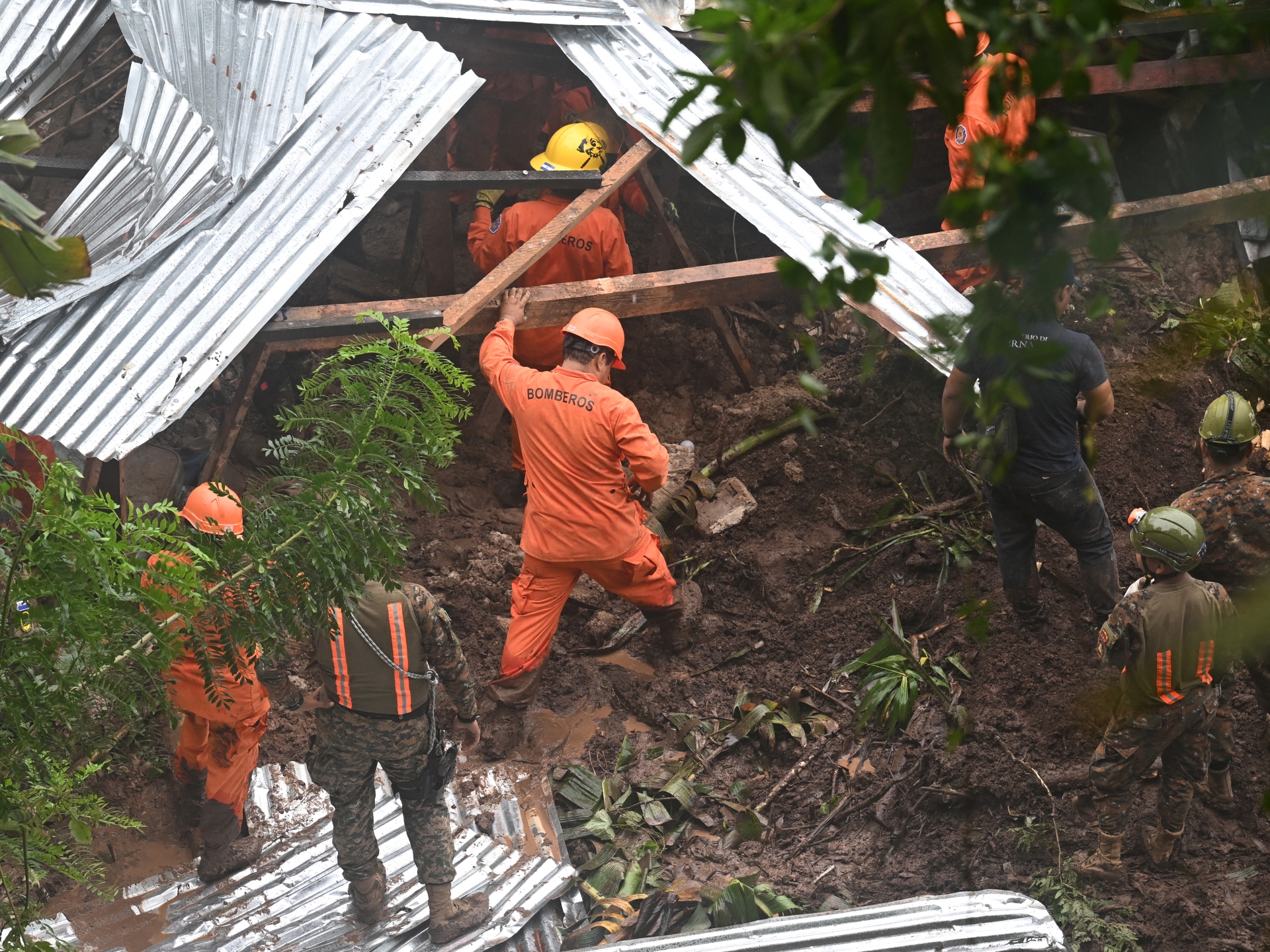 At least seven people have been killed in El Salvador, officials said, after heavy rains triggered landslides south of the capital.

Two adults and three children were killed when a landslide buried their house in the municipality of Huizucar, approximately 17km (10 miles) south of San Salvador, the country’s civil protection agency said on Thursday.

Authorities also said two people died and a child was injured after a landslide covered a house in the nearby town of Panchimalco.

“We had an incident in Huizucar, where unfortunately five lives have been lost,” Civil Protection Director Luis Amaya said in an interview with local radio.

Women and children who survived a landslide that killed at least seven people waiting to be transferred to a shelter in Huizucar, El Salvador [Marvin Recinos/AFP]

The deaths come amid heavy rainfall and flooding in several countries in Central America that began last week.

According to FloodList, a Europen Union-funded research group monitoring floods around the world, El Salvador, Guatemala, Honduras, Nicaragua and Costa Rica have all been impacted by prolonged heavy rainfall that has caused flooding and landslides.

The landslides in El Salvador also come amid several natural disasters and severe weather patterns in the region.

And Fiona, a Category 4 hurricane that is projected to make landfall in Bermuda on Thursday, has killed at least five people in the region and caused massive damage since Sunday.

Back in El Salvador, the Civil Protection unit maintained an orange alert in 29 coastal municipalities and a yellow alert throughout the territory as rain continued to come down.

“We are in the period of the year with the strongest rainfall,” Amaya said.

According to the Ministry of Environment and Natural Resources, the intermittent heavy rains mainly impacted the country’s mountainous regions.

Goal of ending extreme poverty by 2030 out of reach

Infographic: Does Europe have enough gas for winter?