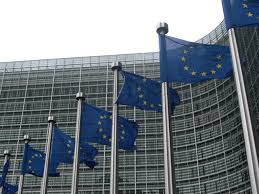 News Americas, LONDON, England, Tues. Oct. 6, 2015: In a matter of days, the European Commission will launch a communication (policy paper) on the options for post-Cotonou arrangements with the ACP; the grouping that brings together 79 African, Caribbean and Pacific Nations.

The document is intended to initiate a public dialogue in Europe and the ACP about what might follow the present EU-ACP Cotonou Partnership Agreement which expires in 2020.

This is the arrangement that since 2000 has governed Europe’s development, political and trade relationship, although this latter aspect has been, for most of the ACP, superseded by regional Economic Partnership Agreements (EPAs).

The new communication, when it is published, is expected to raise questions about how Europe should in future relate to the ACP in a world much changed, that is becoming politically and socially unstable, in which economic globalization has taken root, and in which Europe has multiple new priorities.

Senior European officials make clear that for these and other reasons it will raise fundamental questions.

The paper will be wide ranging but is likely to focus on whether the once unique value of the European relationship with what were mainly former colonies has now been superseded by an à la carte European approach to other groupings to which ACP member states also belong. It will question whether newer EU agreements with regions such as Central America have for Europe caused the once special relationship with the ACP as a whole to attenuate. It is also likely to seek views on whether in this light a more rational approach would now be for Europe to seek dialogue on a regional basis, and how best to make Europe’s desire to make political dialogue more prominent in any future arrangement.

The ACP too has begun a separate process of deliberation.

The ACP Secretary General, PI Gomes, recognizes that not only must the group change and be alert to broader thinking, but is encouraging with passion the ACP as a group to begin to identify the areas where a changed organisation could not only have value in an EU context but also play a greater role on a the global stage.

That said, it is concerning that the ACP has not sought to produce a green paper of its own when it has been publicly clear since last September, when the new European Commissioner for Development, Neven Mimica — in itself an alternative message as the Commissioner is a Croatian —took office and announced he would initiate a review of the ACP relationship.

Instead, once again, the European Commission has been able to establish the agenda by setting down in writing first the parameters for the debate, and by encouraging all with an interest to share their views with them.

Unfortunately, in a world in which diplomats and ministers are no longer always the principal actors, governments have yet to bring the matter to the attention of those in the Caribbean who represent

civil society, key groups for the future such as the environmentalists, or those also involved in development and wealth creation, the private sector.

What is required in response is a fundamental strategic debate in the region as the European communication will ask questions that require the Caribbean to first have answers about how it sees its future relationship with the world.

If the region is to be able to respond on how it sees future relations with a Europe of 28 nations, with little significant interest in the Caribbean other than shared values, security and change in Cuba, it needs first to determine what relative weight, balance and flexibility it will assign to other future relationships; with the US, Canada, China, Venezuela, a resurgent Russia, and a variety of new actors with alternative economic interests such as Brazil and the Gulf States.

Answers are also required about how the region now sees the ACP group itself, and whether it believes that the grouping has future utility and if it represents, as it were, value for money. Put another way, aside from emotion, history and rhetoric about solidarity, where and how in future will this eclipsed grouping add value and how if it is to continue should it be restructured into a light, flexible organization that has mechanisms that ensure it is genuinely inclusive of the societies that it speaks for?

While there is a whole column to be written on how to make the institution relevant, and on the nature of future demand for its advocacy, in fairness it is also clear that in some areas, such as the concerns of small island developing states and constructing the building blocks for global coalitions on climate change, the ACP continues to play a crucial role.

However, this does not negate the so far unasked question of whether the Caribbean’s voice could be more effective deployed in future through newer groupings in the Americas such as the Community of Latin American and Caribbean States/Comunidad de Estados Latinoamericanos y Caribeños (CELAC), or how the new and overlapping relationships some nations have established beyond CARICOM might relate to any future form of partnership agreement with the EU.

Finding answers will be particularly important as it is clear that Europe, the United States and almost every other country, when it comes to seeking support or alliances, no longer thinks in terms of turning regularly to one grouping. Rather its ministers and officials will first ask themselves which one or ones are best suited to address the problem at hand.

Another consideration, closely related to the future of the ACP-EU relationship, is the so far little discussed implications for the Caribbean of the recent UN decision to endorse 17 Sustainable Development Goals from 2015 to 2030. What is far from clear is how these will in future change all development policy towards the Caribbean by Europe and other nations.

A further contentious issue that will emerge from the communication is the EU’s desire to raise the profile of ‘political dialogue’ in any future agreement. This is shorthand for issues to do with having a structured dialogue on human rights, the death penalty, LBGT issues, press freedom, the rule of law and all of the related values that Europe believes in and feels that all of its partners should be willing to embrace.

The timetable to respond to Europe’s communication will be short. It should not be left just to the development professionals, academics and officials. In particular, those in the younger generation in the Caribbean who want to shape the future need to read the communication and become involved.