News Americas, NEW YORK, NY, Weds. May 11, 2016: Forbes magazine recently introduced readers to its 30 Under 30 class of 2016. Among the 600 of the brightest young entrepreneurs, breakout talents and change agents in 20 different sectors chosen, at least seven were born in the Caribbean or are of Caribbean roots. Meet them here:

Young womenswear designer Azede Jean-Pierre made Arts & Style List.  Jean-Pierre, 27, was born in Pastel, Haiti but raised in Atlanta, Georgia. She attended Savannah College of Art and Design and in her third year decided to pursue the launch of her own label. Jean-Pierre and honed her skills interning at Ralph Rucci and Ohne Titel before branching out on her own and debuting her New York City-based label at the Fall/Winter collection in February of 20l2.

The collection, which uti- lized high-end luxurious fabrics, was well received by the press & was immediately photographed by some of the industry’s leading publications; landing the cover of Women’s Wear Daily after NY fashion week. Since then, Jean-Pierre’s collection has been picked up by Moda. Jean-Pierre says her label is “committed to celebrating the sensual femininity of its customer and dedicated to pushing the boundaries of functionality and innovation through exploring technique and achieving balance in wearability and design.” The label has also been featured in many more major publications and has become a red carpet favorite for several very stylish and influential celebrities like Solange Knowles, Lady Gaga and First Lady Michelle Obama.

Making the Music list is singer, songwriter, and dancer Jason Derulo. Derulo was born in Miramar, Florida to Haitian parents. He started singing at a young age and  attended performing arts schools in Florida. The 26-year-old has sold over 50 million singles since his 2009 break out and has achieved eleven career platinum singles, including “Wiggle,” “Talk Dirty,” “In My Head,” and “Whatcha Say.” In 2015, Derulo released his single “Want to Want Me” and announced his fourth studio album, “Everything Is 4,” which was released in June  2015.

American rapper, singer, actor, and dancer Shameik Moore made the Hollywood & Entertainment list.  Moore, 21, was born to Jamaican parents in Atlanta, GA. His mother worked in orthopedics and his father is a reggae musician who has travelled with Maxi Priest and Inner Circle. Moore’s natural ability to mimic musical patterns at an early age prompted his parents to enroll him into the Dekalb Elementary School of The Arts in Atlanta, Georgia to study acting.

He also went on to study dance, modelling and acting at Chyme’s Dance Studio. Similar to Canadian popstar Justin Bieber’s journey to stardom, Moore showcased his talents on YouTube in a webseries he created – Meaksworld. He was later given his break out moment as Malcolm in the 2015 film ‘Dope,’ which premiered at the 2015 Sundance Film Festival. Indiewire included Moore on its list of “The 12 Major Breakouts of the 2015 Sundance Film Festival” for his performance in the movie. He is also cast as one of the five male leads in the Netflix series ‘The Get Down,’ premiering this year.

Haitian-American, Dubai-based businesswoman Christine Souffrant made the top 30 list for Retail/e-commerce. Souffrant owns Vended International and the platform Vendedy  and was born to Haitian street vendors. Vendedy is a platform for street vendors across the world to sell handicrafts using the digital economy. To fund her venture, Souffrant received support from the Clinton Global Initiative. She also reached out to her professional business network in an email, asking investors to come forward.  “Vendedy,” she says, “aims to digitize the $10 trillion dollar street market economy and make it accessible to all. With over 200,000 street markets globally, there is no limit to what you will find and the stories you will share!”

Twenty-nine-year-old Nedgine Paul made the list for education. She is the Haiti-born co-founder and CEO of Anseye Pou Ayiti, which seeks to raise education outcomes in rural Haiti by promoting teacher excellence and student success-rooted in Haitian culture, customs, and community. Nedgine moved to the U.S. at a young age and maintained ongoing leadership roles in community service and youth development programs, particularly within the Haitian communities of Stamford and Norwalk, Connecticut.

She has a B.A. in History from Yale College and an Ed.M. in International Education Policy from the Harvard Graduate School of Education. In 2014, she was named among the top global social innovators by Echoing Green. She is passionate about joining forces with others to continue pursuing her deep commitment to the expansion of high-quality educational opportunity in Haiti.

From young soccer player to CEO, Gil Addo, founder of RubiconMD’s roots stretch to Barbados. Addo’s father is from Ghana and my mom is from Barbados. He has a biomedical engineering from Yale and an MBA from Harvard.

In fact, Addo 29, says his inspiration for the health startup that offers on-demand e-consults with medical specialists goes back to his Barbadian maternal grandmother, who developed a brain tumor when he was younger. At the time, she was living in Barbados, and there was no appropriate treatment on the island, so she traveled from Barbados to Boston for the surgery and then again for multiple post-op appointments. The long and expensive journeys were difficult for his grandmother, and this was the impetus for  Addoto want to solve the problem of limited access to health care.

“I wanted to build something that helps people, regardless of socioeconomic background, geography, or type of insurance,” says Addo. One in every three consults can be done remotely, he says, and that saves $400. Affordable health care is especially important for people in rural or under-served communities, not unlike his hometown. 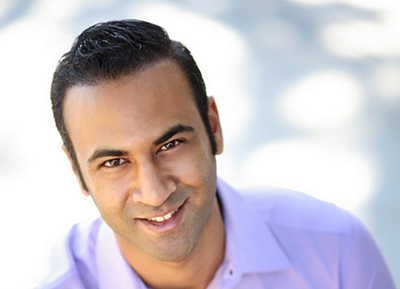 Andrew Yakub, 28, is  the founder of Rayton Solar and made the Forbes energy list. Yakub was born to Guyanese parents who are members of Guyana Medical Relief.

Yakub is a two-time Clean Tech Entrepreneur who worked at UCLA’s Particle Beam Physics Lab and NASA’s Jet Propulsion Lab and managed over 6MW of commercial solar projects. He has a Bachelor’s in Physics from UC Santa Barbara. Rayton Solar Inc. is a solar manufacturing company whose proprietary manufacturing process makes solar panels 60 percent cheaper and 25 percent more efficient than the market standard. To date, Rayton has raised over $1 million in seed funding.

Inspirato with American Express Launches Inspirato for Business, a Next … – Wall Street...

What to Expect From Immigration Reform, and When to Expect It – New America...

Immigration Reform Is at a Standstill but There’s Still Work to Be Done –...