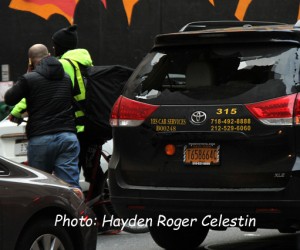 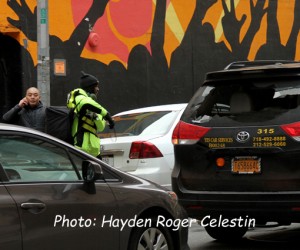 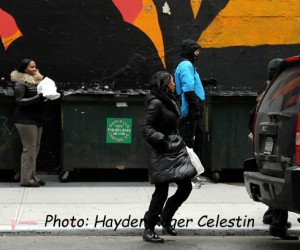 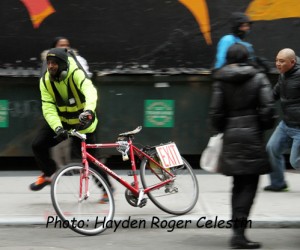 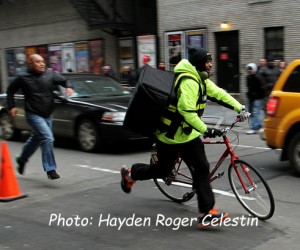 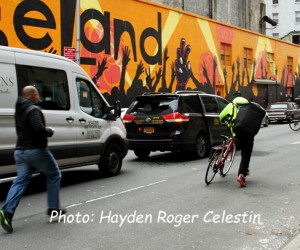 News Americas, New York, NY, Thurs. Dec. 11, 2014: As a film crew from the Late Show with David Letterman taped a skit near the stage door outside the Ed Sullivan Theater on 53rd Street in New York City on Thursday December 11, 2014, a bike messenger gazing at the filming while passing, crashed into a van, breaking the back window as the van was waiting in traffic on the light at Eight Avenue.