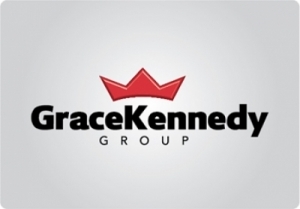 At the time of acquisition, GK Group CEO Don Wehby said the move was very strategic as it provides GraceKennedy with access to the Hispanic market – one of the fastest-growing segments in food and beverage – and gives Grace Foods the ability to own its own route to market in the U.S. With operations in Moonachie, New Jersey; Miami, Florida; and Raleigh, North Carolina; and brand and distribution presence in the New York City/Tri-state area, Florida, Georgia and the East Coast—LaFe presents a strong platform for growth.

Since July 2014, the GraceKennedy team has been focused on the distribution aspect of the business, previously handled by Iberia Foods. “Iberia has done a great job. We are thankful to them for that partnership and we wish them all the very best,” said Group CEO, Don Wehby. “However, we have a mission at GraceKennedy of becoming a Global Consumer Group, and controlling our own route to market will give us a significant advantage in being able to do this.

President of GraceKennedy USA LLC and GK Foods Divisional Head, Michael Ranglin noted that the integration process since July of last year has been very positive. “We have managed to integrate the Caribbean and Latin cultures seamlessly, and business has been going very well,” he said. “Distribution is a new phase we’re entering and we are ready to deliver on the great customer service for which GraceKennedy has come to be known in the U.S. and globally.”

Mr Ranglin noted that the company’s sales representatives will be out in the field in the next couple of months, interacting with customers. According to Mr Wehby, “We believe that we are the best people to sell our products. We are passionate about them, and about our customers, and that is a great source of motivation as we move forward.”

The company now offers a myriad of products in the U.S., enjoyed by the diaspora and mainstream consumer alike. Grace products are also available in national and regional chains across the US such as Walmart, Publix, Stop & Shop, Giant, Shoppers and ShopRite, as well as many independent grocers such as Western Beef, Key Foods and Associated.

Grace Foods USA has set up a toll free line for customer queries at 1-844-4GKLAFE (1-844-445-5233) to provide a smooth transition. They have also advised that interested parties can call them on weekdays between the hours of 9 am and 4:30 pm, orplease send an email to [email protected]

Where In The World Is Kamala Harris On Immigration? These Activists Wants To Know

Will The Caribbean Cope With Disruptive Technology?