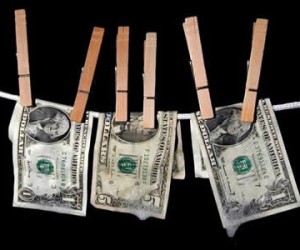 The call comes from the Caribbean Association of Banks (CAB), which says the passage of the AML bill is not only about Guyana, but also about the international financial sector as a whole in order to protect all financial systems, within the Caribbean region, from ongoing money laundering and terrorist financing risks.

“We are only as strong as our weakest link,” said Caribbean Association of Banks, Chairman Carlton Barclay.

CAB in a statement Monday said while it recognizes the Guyana government’s efforts to put in place alternative measures to address the technical deficiencies in its existing legal and financial legislative framework for assessment by the Financial Action Task Force (FATF) and applauds them, those moves are only “one small step in actions required by Guyana in order for it to comply with international standards.”

“Guyana’s expediency in passing the AML/CFT Bill will not only benefit its own economy and growth but strengthen our regional financial network and its reputation worldwide,” the CAB, a community of banks and other financial institutions in the Caribbean/CARICOM Region, which provides opportunities for discussion on issues impacting the regional banking/financial services community as well as for the sharing of experiences and networking, stated.

The group added that billions of dollars are laundered each year posing significant policy concerns for governments worldwide and as such, governments and international bodies must deter, prevent, and apprehend money launderers.

Non-compliance to the global FATF recommendations will have a significant impact on Correspondent Banking Relationships which, in turn, is of vital importance to the facilitation of business in the financial services sector of the region, the organization, which is dedicated to the advocacy of national and institutional adherence to AML/CFT, added.

The Guyana government and the opposition have been haggling over the needed amendments and the conditions for them to be passed for over two years. In May, the Caribbean Financial Action Task Force blacklisted the country over failure to pass the law. Guyana has also been referred to the global body, the Financial Action Task Force which could result in crippling financial sanctions.

And in July, the FATF confirmed its decision to commence a targeted review of Guyana prior to its October 2014 plenary meeting, making it clear that the purpose of the review will be to examine the most significant deficiencies in Guyana’s AML/CFT framework that pose a risk to the international financial system.

Guyana has been listed in the United States 2014 International Narcotics Control Strategy Report on Money Laundering and Financial Crimes as a country/jurisdiction of ‘concern.’ The report said Guyana has failed to criminalize ‘tipping off’ or putting in place arrangement for asset sharing.

The Growth Of Poker In The Caribbean