Home Commentary Is Guyana Being Screwed By Exxon? 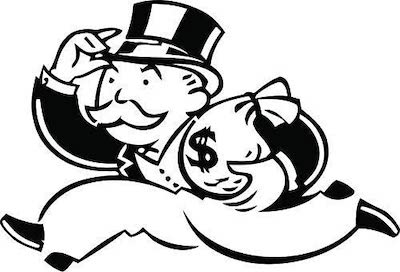 News Americas, NEW YORK, NY, Nov. 28, 2022: This is a story about the human condition and why you should care.

Even if you never heard of Guyana and don’t know where it is, it’s instructive for the next time you are getting screwed!

A featured article in the new issue of Business Week Magazine published by Bloomberg, Inc. begins deceptively with a positive view of Guyana, the Caricom nation on the western edge of South America, and its newfound oil wealth.

The country is large in landmass and forest resources but small in population at 800,000 and is one of the poorest in the world. At the same time Guyana now has the fastest growing economy on Earth because of the massive oil wealth recently discovered just off its shore.

This is good news for the Guyana as long as you are OK with the massive exploitation of Guyanese taking place at the hands of oil super giant Exxon, and either corrupt or clueless Guyanese government officials.

I can best and most concisely explain what is taking place simply by quoting key passages from this detailed Business Week article that is published in its Nov. 18, 2022, issue. First, again, why should you care?

Because this is another potent example of colonialism that is alive and well in the Caribbean and that undermines the integrity and the potential of the Caribbean. It is also important because it exposes the United States government’s lack of concern for what takes place in the Caribbean whether in Guyana, Haiti or anywhere else in this region physically as close as any to our nation.

In fact, I am going to give you the spoiler alert right here.

The deal Guyana signed with Exxon splits the income from this huge oil field 50% to Guyana, 50 % to Exxon. Think that sounds fair. Wrong. It is a sucker deal no nation should have ever made. The deal should be 75% to Guyana and 25% to Exxon and indeed Guyana could have negotiated even better if it was serious 80% to Guyana. What is the difference for Guyana? Hundreds of billions of dollars lost to Guyana that Exxon will add to its huge profits for no good reason at all.

It is time to force Exxon to renegotiate its deal with Guyana. A fair deal!

Now some key passages from the BW article then my wrap. That is all you need.

Here is the opening sentence and I could stop right here.

“In 2016, after the discovery was announced, Exxon and Guyana amended the original exploration deal they’d signed in 1999. The new contract, which split the oil revenue 50-50, with a 2% royalty paid to the government, struck industry analysts as an unusually sweet deal for Exxon.”

“It’s the most favorable I think I’ve ever seen in the industry, anywhere,” says Tom Mitro, a senior fellow at Columbia University’s Center on Sustainable Investment.

But let me continue with few more passages from this long article you should read.

“Exxon defends the contract, saying that it took on significant risks by gambling on a country with no history of oil production and very little energy infrastructure.”

“The terms of our petroleum agreement with the government of Guyana are common in the industry and competitive with other countries at a similar stage of resource discovery,” a spokesperson for Exxon says.”

“But the terms with Guyana were drawn up after the discovery had been publicized as being unusually large. “Exxon makes the argument that they didn’t really know how much resource was there,” Mitro says. “Well, they did.””

There is a technical term for what took place – a SUCKER DEAL!

According to Rystad Energy AS, an Oslo-based consultant, the global average for a government’s take in offshore projects is 75%.

ENCORE … “According to Rystad Energy AS, an Oslo-based consultant, the global average for a government’s take in offshore projects is 75%.”

In fact, with an oil field this large and easy to drill Guyana should have done even better!

“The Guyana contract includes an unusual provision allowing the company to immediately recover costs for additional exploratory work anywhere within that area. Exxon effectively pays itself back for those costs out of the oil that otherwise would go to the government. Most production-sharing agreements covering large areas allow such deductions only within small, specified areas, Mitro said, not everywhere under lease.”

That is enough. I am sick from writing about this abuse and so should you.

Yes, Guyana is going to realize tremendous income it never had before in the coming years from this deal.  But it that good enough. There is a name for what is taking place – it is called COLONIALISM. The rich and powerful lord it over the weak and the poor. And as always happens in these cases, the powerful either buy off those who can stop them, or the local officials are so stupid, the rich and powerful can get away with anything.

Guess how much better would Guyanese be with hundreds of billions $$ more dollars they should be getting in the coming years? Much, much better than it is now. Instead, it is going to one of the richest companies in human history – Exxon and their wealthy stock owners, who would have gotten richer from this deal, even if it was fair to Guyana. Greed has no limits in the hands of the rich and powerful.

Finally, let’s not forget the “hidden” players here who make all this possible – the United States government and the last two Presidents and the current President. They play the part of the “blind” mice. See no evil, hear no evil, do no evil. Proving yet again how the United States government continues to ignore the entire Caribbean which fosters this kind of abuse.

Note – CARICOM the union of Caribbean nations is celebrating its 50th anniversary in 2023. Time for CARICOM to step up and end this kind if abuse of its member nations.