Black Immigrant Daily News From News Americas
Home Commentary Will The Assets Of Esso Guyana Be Sufficient To Cover The Costs... 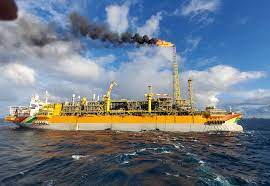 The interview can be seen here

The points the VP made calls into question how financially prepared is Guyana for an oil spill?

Here are a few of the points he made that points to this.

1: The VP admitted that all of the permits require full liability coverage. The VP read, during the interview, the sections of the permits that require full liability coverage. However, the VP didn’t give an explanation as to why the government is allowing Esso Exploration Guyana Limited, (EEPGL), to continue to operate without this legal requirement for the parent company guarantee.

It also begs the question as to why the Guyana government is now advocating slashing the current legal requirements from full coverage to a US$2 billion coverage, which is a mere 3% of the Gulf of Mexico oil spill in 2010.

2.      He stated that Guyana would have US$6 billion from EEPGL’s assets in case of a spill. But the Gulf of Mexico oil spill in 2010 cost at least US$70 billion. Where would the other $64B or 90% of the funds to cover an oil spill come from, especially when Guyana’s entire national budget is approximately US$2 billion?

Jagdeo didn’t mention EEPGL has liabilities. So what he will be able to extract is the net worth, that is assets subtract liabilities, which as of the end of 2021 stood at US$4.2 billion for EEPGL.

3.      Additionally, Guyana’s 75% cost-oil is paying for the capital expenditures of the oil companies such as FPSOs and drills. Then, what is Guyana recovering in case of an oil spill?

Liza-1 has been producing oil at 150,000 barrels per day and above. This is at least 25% above the approved safety limit of 120,000 barrels a day. If we have a major oil spill in Guyana, the assets of Esso Exploration Guyana Limited, (EEPGL), will be insufficient to cover the costs. We need Exxon, the American parent company of EEPGL to provide the written guarantee as legally required by all of the EPA Permits, issued for the Stabroek Block, for full liability coverage above the little insurance that EEPGL has today to cover an oil spill.

An airline won’t overload a plane by more than 25% of its safe certified capacity because if a crash occurs, the airline company would be sued into bankruptcy.

However, Guyana is willing to assume the risk of bankruptcy for Exxon and its partners who have not committed to full liability coverage, even though legally required to do so. This asymmetry is to the detriment of the Guyanese people.

Our politicians are being courted by many foreign oil executives. These politicians appear to be parroting the narratives of Exxon and its partners.

Exxon’s main priority is its shareholders, not the Guyanese people. It is demonstrated by Exxon’s lack of interest in just signing a letter of guarantee for full liability coverage – which has zero upfront cost, but to which EEPGL formally agreed by their signing of the environmental permits.

Without the parent company guarantee, Guyana is exposed to bankruptcy. The Guyana government should consider if there is a major oil spill that blankets the shores of Guyana and the rest of the Caribbean, if they would be on the inside or outside of jets taking the Exxon employees back to America?

EDITOR’S NOTE:  Darshanand Khusial is part of the non-profit Oil and Governance Network and a financial researcher with qualifications in management accounting and securities. He is also an IT expert who once served as the lead designer on the engine behind some of the largest retail sites in the world. He holds a Masters and Bachelors in Computer Engineering from University of Toronto. He has 15 patents granted in eCommerce software, augmented reality, retail, and dental fields. Find out more about OGGN HERE

What Can Guyana’s Gas Reserves Do For Agri-Business?