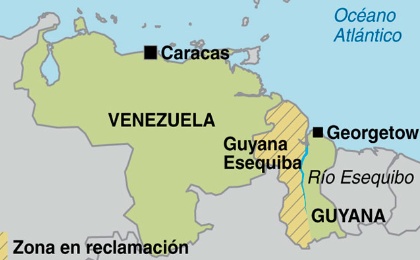 Guyana Foreign Affairs Minister, Carl Greenidge, told reporters, that the ICJ has to pronounce on what is essentially a legal contention raised by Venezuela.

Venezuela has already rejected the decision made by Guterres saying the “Bolivarian Diplomacy of Peace, reiterates its firm disposition to defend the territorial integrity of our Homeland and maintain political negotiation based on the 1966 Geneva Accord, as the only way to reach a peaceful solution, practical and satisfactory for both parties and in favor of our Peoples.”

But Greenidge says a pronouncement from the ICJ would be “very comforting” to investors and others interested in Guyana.

Taiwan and SVG increases co-operation in the field of Education, August...