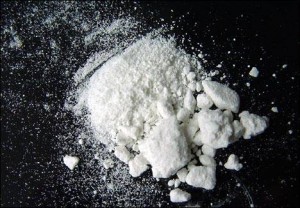 News Americas, NEW YORK, NY, Weds. Mar. 4, 2015: A Guyanese national is now facing criminal charges in a Brooklyn court for trying to smuggle cocaine inside cans of diced fruit into the U.S.

Colin McKenzie, 48, tried to bring the drugs into the U.S. through New York’s JFK Airport Friday after coming off of a Caribbean Airlines flight from the Cheddi Jagan Airport in Guyana.

But, according to U.S. Department of Homeland Security special agent Edward Gonzalez in a Brooklyn Federal Court complaint, the cans “felt unusually heavy and did not feel as though it contained liquid or syrupy material.”

The cans were X-rayed and showed they contained material of a uniform, not a liquidy, composition, according to the complaint.

The material tested positive for cocaine and the gross weight of white powder was 10 kilograms.

McKenzie when confronted admitted that he thought the cans contained diamonds, not dope.

He allegedly said that someone in Guyana gave him the suitcases and offered to pay him between $5,000 and $6,000 if he delivered them to an identified person in the U.S., the complaint states.

McKenzie has been held without bail pending a court appearance. He is one in a slew of Guyanese nationals to be busted with cocaine at JFK in recent months.