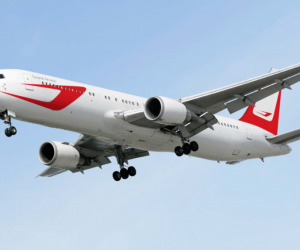 The latest debacle involves passengers choosing to book on new airline Dynamic Airways. They have been again left in the lurch. The carrier failed to honor its August 8th return direct flights between the Cheddi Jagan International Airport in Guyana and JFK Airport in New York, leaving passengers grounded.

On the airline’s website, a notice to passengers seeking to book flights from JFK to Georgetown was posted under the heading “Coming This Fall.” It urged that interested persons “check back frequently for new announcements!”

In Guyana, local representative Captain Gerald Gouveia, told local media that the airline remains unsure on an exact date for the return of GEO –JFK flights. But he said Dynamic Airways was regrouping and reorganizing and could be back on track for Christmas 2014.

The latest suspension comes on the heels of a flight snafu during the carrier’s inaugural flight to New York on June 27th. Issues with ground handlers caused hours of delay then.

On July 8, approximately two weeks after Dynamic Airways commenced operations, flights were again suspended due to operational difficulties the airline encountered while trying to secure time slots at JFK.

Dynamic Airways , on its Facebook page, says its a “Worldwide Boeing 767 Air Carrier based in Greensboro, NC.”  In the past, Dynamic Airways operated mostly for other carriers and tour operators under the wet lease agreements  operating a fleet of Boeing 767-200ER aircraft.

Guyanese travelers between New York and Guyana continue to face tremendous hardships. Caribbean Airlines and Fly Jamaica, which both serve the route, are unable to only offer non-stop flights from Guyana to J.F.K. Passengers must endure at times lengthy and stressful stop-overs in Port-of-Spain and Kingston on flights out of Guyana to New York.

Travel Span, through its partnership with Vision Air, has resumed some direct flights to Guyana but they too have been hampered in the past by issues that have left passengers stranded.

Delta last year ended its non-stop service all together to Guyana while E-ZJet, which was offering a low cost non-stop service, went belly-up in the midst of fraud charges placed on their Guyana-born founder and CEO, Sonny Ramdeo.

Universal Airlines, which was also serving the market in the past, went bankrupt, while North American airlines also ended its service to the route choosing instead to operate as a private charter.

How America can fix its immigration system – CNN (blog)