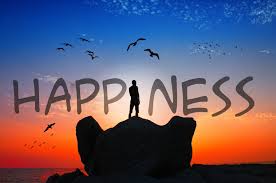 News Americas, BRONX, NY, Thurs. Jan. 1, 2014: Happiness is on the rise globally, according to an end-of-year survey of 64,000 people in 65 countries. Conducted by the market research and polling organization WIN/Gallup found, the survey found that 70% of respondents were content with their life – a 10% increase from last year.

Other findings were as follows: Fiji was the happiest nation, with 93% of residents expressing contentment, and Iraq the least happy with 31%. Africa was the happiest region, with 83% of people saying they were happy or very happy. Western Europe appeared to be the least happy, with 11% of people classifying themselves as either unhappy or very unhappy. And globally, 53% of those asked thought 2015 would be better than 2014.

Of course the survey did not outline indicators of happiness but rather simply focused on happiness per se, regardless of how it was defined. However, the debate on what constitutes happiness has been perennial and one that is bound to whip up strong views each time it rears its head. However, last year, studies from all over the globe collated by the World Happiness Database (WHD) in Rotterdam, Netherlands, indicated that we can make ourselves happier, but the path to happiness may not be where we are looking for it. The WHD did not provide indicators of happiness either.

Prof Ruut Veenhoven, Director of the Database and Emeritus professor of social conditions for human happiness at the Erasmus University in Rotterdam, said his own study found a slight negative correlation between the number of times people in a study spontaneously mentioned “goals” and their happiness. “Though it is generally assumed that you need goals to lead a happy life, evidence is mixed. The reason seems to be that unhappy people are more aware of their goals, because they seek to change their life for the better.”

“In order to lead a happy life, a rewarding life, you need to be active,” says Veenhoven. “So involvement is more important to happiness than knowing the why, why we are here.”

The World Happiness Database also indicated that we can make ourselves happier without external changes like having more money. “Research has shown that we can make ourselves happier because happiness does change over time,” says Prof Veenhoven, “and these changes are not just a matter of better circumstances but of better dealing with life. Elderly people tend to be wiser, and for that reason, happier.”

In effect while defining happiness is as elusive now as it ever was, in a sense the concept of ‘to each his own’ seems to apply. Yet it does seem clear that two common ingredients in the recipe for happiness are being actively involved in what brings a sense of accomplishments and soul satisfaction and ensuring that you are not labeled, type-casted, predictable, staid and complacent. These two sets of qualities are enshrined in these two poems from my unpublished collection. Hopefully they might be of some use in helping you chart a fulfilling and affirming 2015. God bless.

I teetered unto the threshold of death

Then felt a hand tug at my mind’s shoulder

Finale is yet to come said the voice

You must pursue the drama through its course

I stepped back onto the screen of life

And randomly selected a role

I cautiously unrolled the script

And the spell of the past absorbed me

The world is a enduring university it said

Each day a lesson of untold significance

Every mistake a step closer to self-realization

All hardship the fire that forges your steel

Flirt with impossible my son

It is the abode of all things possible

Reach for the mysterious my son

It is the keeper of all things knowable

Waste no time in futile worry

Fill your time with fruitful action

Be not hemmed in by stifling convention

Ride the crest of daring intention

Be your own best friend always

Look to thy own self for inspiration

Lean not on the unknown for motivation

I smoothed the crease to better decipher the script

But lost the paper to a traveling gust of wind

Do not grow old with futile regrets said the ether

The drama of life challenges you with abounding choices

I come from the bowels of the Indus

Forged in the fires of antiquity

Weathered in the turbulence of history

Nourished on Yoga, the Vedas, the Kamasutra

I am an Indian?

I was carried as a dormant seed

In the rivulets of bitter sweet sugar

Watered by hope, blood and defiance

I sprouted in El Dorado that never was

I am a Guyanese?

I played in the rainbow fields

Among calypso, chutney, cricket and curry

Living, breathing, alone and together

One strand in the many-colored quilt

I am a Caribbean?

I braved my own Kala Pani

Seeking to grasp the dreams others sought

Liberty and the pursuit of happiness

I am an American?

Why confine me with labels?

And the world is my kin.