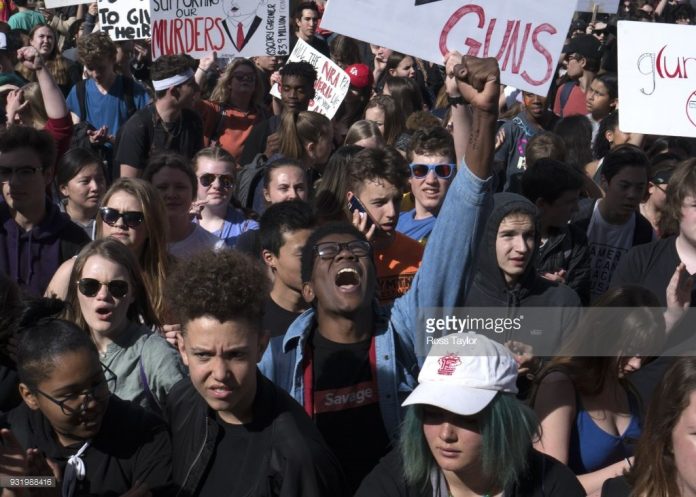 “Already, their leadership has been pivotal in approval of recent state legislation against gun use, and increased school security,” he added of the protest, held on the one-month anniversary of the massacre of 17 at the Marjory Stoneman Douglas High School in Runcie’s district of Parkland, FL.

Runcie had prior to yesterday’s protests in Broward County, sent a letter home to parents informing them that while the department was not necessarily in favor of the walkout, the staff at public schools across the county were not going to interfere with the peaceful student-led protests.

In his letter, Runcie also stated, “Such occasions are teachable moments during which students can demonstrate their First Amendment right to be heard.”

“We know that change in our society has always been led by our young people,” Runcie added. “I’m proud of them. I’m excited about it. I would certainly ask our students to be able to take these learnings and translate that into their schoolwork.”

Caribbean-American students joined thousands of their fellow classmates from schools in South Florida, other regions in Florida and across the country in the pre-planned school walkout yesterday.

The plan initially called for students to walk out of schools and hold 17-minute demonstrations in remembrance of the 17 students and staff members killed in the Feb. 14th shooting by 19-year-old gunman, Nickolas Cruz.

According to reports, students from over 2,500 schools across the nation, and even from schools overseas, joined in protesting lax gun control in America.

During the protests, the students called for a ban on assault weapons and high-capacity magazines, and expanding background checks to all gun sales, among other proposals.

Martinique Under Curfew After Looting

Unrest In Martinique As Protests Against Mandatory COVID-19 Vaccine Strengthens