News Americas, PHOENIX, Arizona, Mon. Feb. 15, 2016: When Barack Obama assumed the presidency of the USA in 2008-09, Black people all over the world celebrated the occasion with tears of joy. Many non-Blacks were stunned at the depth of emotions. What’s the big deal, they asked? After all, it was just an election that was won; others had won that election forty three times before. But at the heart of the Black response to Obama’s victory was something the world has come to pretend it does not understand – race.

The practice of Race as a social-political marker is relatively new in historical terms; it emerged in the mid-1700s in the USA as a justification for the enslavement of Africans as bonded labor. It was premised on the belief in the natural unequal worth of humans based on their skin color. In other words, those who had the power to do so institutionalized meaning to human difference to justify their new found economic privilege.

Race would soon become an all-encompassing phenomenon that infiltrated and shaped every other facet of humanity from religion to science to culture and politics. Citizenship came to be linked to Race; this was written into both constitutional and statutory law. Political power, therefore, was racially determined and exercised.  The definition and the practice of the family were also racially determined – who could marry and whose children were legally theirs were functions of Race. We had moved from economic race to political and social race. In all of this, the law was crucial; laws and the interpretation of law were guided by the logic of race.

By the time we got to the 18th century, Race had become biologized by the official scientific community of the day and embraced by the policy makers and the power structures. The fusion of Biological Race with Socio-Economic and Political Race ensured that Race was now an embedded concept in the human imagination—the overarching lens through which the world was seen and constructed.  Critically, Race came to define collective universal identity which became grounded in the so-called Color Code. Blackness and Whiteness were later joined by Brown-ness, Yellow-ness and Red-ness.

At the heart of Race and its ideological representation, Racism, therefore, are the linkage of wealth to privilege and power. Those who benefited from the slave trade assumed power in a world that institutionalized it as a function of wealth. From the USA to the British Colonies, the right to citizenship and the exercise of power were determined by property ownership. Since the enslaved were themselves property, they could not own wealth and thus were shut out of power and privilege.

Blackness has been at the center of the evolution and the practice of Race and Racism. Race created Blackness, gave meaning to it and then demonized it. Black People, the primary victims of Racism, have had to at every twist and turn construct their humanity within the context and reality of Racism. It was race that dehumanized them and so naturally the recovery and defence of their humanity have to be carried out within the context of Race. It is for that reason that Blackness is so inextricably tied to Race.

What Blacks have done is in the long resistance to Racism is construct an identity that is grounded in the constant affirmation of their humanity. The descendants of enslavement and other forms of subjugation are defined by the convergence of Suffering, Survival and Overcoming. What we today call Black Identity is real, even if some Blacks silence or deny it. Some Black people have walked away from Blackness but Blackness will never walk away from them. This Black Escapism is what, for example, fuels the false argument and choice between Blackness and Guyaneseness.

I come back to Obama’s election in 2008. For Blacks, his election was about Overcoming. For a Black person to achieve the highest office in a country that had written his group out of its constitution was a monumental achievement that proved to others and confirmed to Blacks that they were equal human beings endowed with all that comes with humanity. The office was important, but it was the affirmation of Black humanity that caused the tears to flow and the open expressions of emotions.

Do not take African-Guyanese for granted

And now to Guyana – what does all of this have do with us? Well Black People live here and all of what I have been talking about resides with them. Unlike the USA and Europe, those who benefited from the privilege of Race and Racism have long physically left – this year we observe 50 years of that exit. But the exit of the plantation boss was not followed by the exit of the plantation. The social relations that governed the plantation are still present. Despite the rise of a small Black Political Elite and Professional Class, the vast majority of Black People are still mired in poverty, want and powerlessness. The movement of political power from the Black Elite to the East Indian Elite have has had little impact on the condition of the vast majority of Black People.

Many asked why were African-Guyanese crying tears of joy when the present government came to power last year. Why were they singing, and dancing and rejoicing? Why were the braving the rain to come into the public space to welcome the new government? Why were they so eager to catch a glimpse of David Granger or to touch his garment? The easy answer would be that they were simply celebrating the fall of an Indian Guyanese government and the rise of one of their own. But that answer, which is not without merit, ignores something deeper which I have tried to talk about above – the affirmation of their humanity.

The extreme misuse of political power by the previous government had an equally extreme racial effect on African Guyanese. It had the effect of reintroducing notions of plantationhood to the Black Imagination – the feeling that their humanity was not equal to others. Perhaps it never left, but the fact of the matter it was awakened. I am arguing that African-Guyanese see the restoration and affirmation of the collective humanity as tied up with this new government.

In our fickle and sometimes hypocritical politics, such an assertion is bound to be dismissed as racism. But I am arguing that the government has to be made cognizant of that reality. The challenge for this government, as it is for all Guyanese governments, is how to balance governing in the interest of all and addressing the historical consequences of institutional Black disenfranchisement, which is not a narrow political and economic marginalization, but a deeper dehumanization that troubles the Black collective spirit. And yes, I insist that the government must play a role. Slavery and Colonialism were institutional and so the healing of the scars they inflicted has to be addressed institutionally. Black self-responsibility is important, but that by itself will not resolve the problem.

In the USA some in the Black leadership are asking the Clintons not to take the Black vote for granted. I seize this opportunity to ask the same of the Guyanese government—do not take African Guyanese and their support for granted. African-Guyanese have had their humanity constantly broken in Guyana without any consorted effort by officialdom to correct it. They have invested in this government. There must be a way to aid in the historical mending of that broken humanity without discriminating against our other ethnic groups. Do not fall into the trap of believing that African Guyanese will always be there.

Like poor people of all races, they need the good life, but above all African Guyanese need a dignified life. The scourge of poverty cuts across ethnicity, but its consequences are not always manifested equally. There is a racial soul to Black impoverishment that is not usually captured by economic statistics. 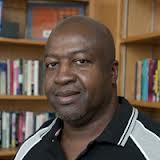 More of Dr. Hinds ‘writings and commentaries can be found on his YouTube Channel Hinds’ Sight: Dr. David Hinds’ Guyana-Caribbean Politics and on his websitewww.guyanacaribbeanpolitics.com. Send comments to dh********@ao*.com.