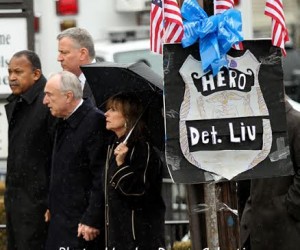 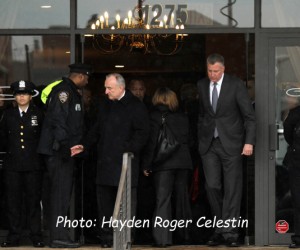 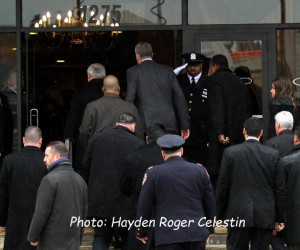 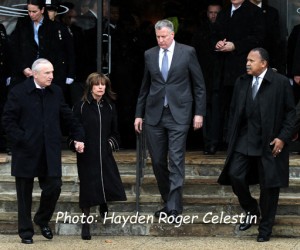 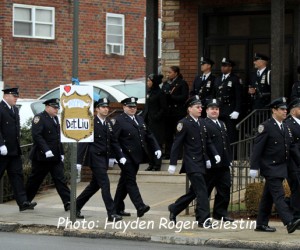 Thousands showed up to pay their respects to Liu who is survived by his parents and newly widowed bride. The funeral was held at the Aievoli Funeral Home in Brooklyn and began with a Chinese ceremony led by Buddhist monks, followed by a traditional police ceremony.

Liu’s widow spoke at the funeral along with one of his cousin’s and his father. She said Liu was her soul mate, and that he was very passionate about his work in the NYPD.

“I thank you for sharing this moment with me, with us, with our family, to reflect the goodness of his soul, and the wonderful man that he is, that many of you know was Joe, especially at work. But to me, he is my soulmate,” she said.

The mayor called Liu a “brave and skilled detective” but pointed out that so many of his friends and colleagues will remember him for his kindness.

Liu and his partner, Rafael Ramos, were shot to death Dec. 2014 as they sat in their squad car in Brooklyn. Officer Ramos who was also promoted to detective in his death, was buried last week.