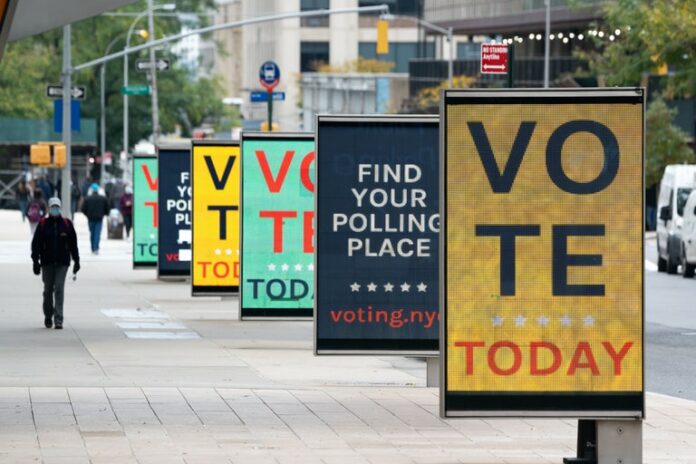 News Americas, FORT LAUDERDALE, FL, Fri. Jan. 21, 2022: As we marked another Martin Luther King holiday, I’m sure Rev. Dr. Martin Luther King, Jr. is turning in his grave as his spirit sees us as people of color, still fighting to hold on to the right to vote that he fought and died for so many decades ago. But in this huge dark cloud, there is a silver lining in New York City.

Some 800,000 green card holders, aka permanent resident immigrants and even some DREAMERS, are now eligible to vote in New York City local elections. Thank God New York City lawmakers are not as backward as those in Washington, D.C.

The new law took years to become a reality with many lawmakers and advocates passing that baton. Now if all goes according to plan and threatened legal challenges fail, these immigrant voters can start participating in city elections in 2023.

At a time when some states are applying new restrictions on voting to target black and brown voters with new Jim Crow tactics, New York City is a light in the darkness as it becomes the largest U.S. city to allow non-citizens to vote in certain elections.

Now I can only hope that these hard-fought rights are not wasted by immigrants, who will be allowed to vote in city elections as long as they are allowed to live and work permanently in the U.S.

Also allowed to vote once the law stands will be people who are temporarily authorized to work in the country, including DREAMERS, who have lived in America much or most of their lives, and have received renewable two-year work permits through the Barack Obama-era program – Deferred Action for Childhood Arrivals, (DACA).

These immigrants will be able to vote in municipal elections for positions such as mayor, comptroller, public advocate, city council and the presidents of the five New York City boroughs, as well as on ballot initiatives. The only requirement is that prospective new voters must have resided in the city for 30 or more days prior to an election.

So, what’s next? Hopefully the law survives the legal challenges from folks like Staten Island Borough President, Republican Vito Fossella, who has said he will challenge it in court.

But that aside, the New York City Board of Elections has until July this year to create an implementation plan that will include creating voter registration protocols for non-citizens as well as municipal-specific ballots, so that non-citizens do not vote for state or federal measures or positions.

Non-citizens should be able to register to vote in December and could cast their first ballot in the election scheduled for next year – Jan. 9, 2023.

It is a breath of fresh air as Democrats can’t seem to get it together in the Senate with Joe Manchin and Kyrsten Sinema again proving to be Joe Biden’s and Chuck Schumer’s biggest hemorrhoid yet.

It is critical that the Senate take up the two House-approved federal voting rights bills: the Freedom to Vote Act to protect mail-in and absentee balloting, and the John Lewis Voting Rights Advancement Act, which restores long-standing civil rights protections in states with histories of discriminating against Black voters in the South.