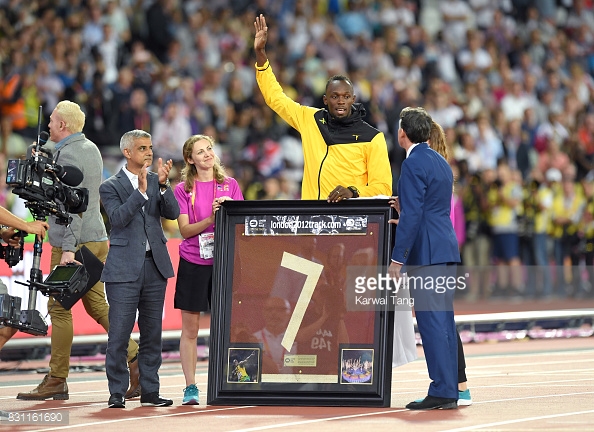 News Americas,  LONDON, England, Mon. Aug. 14, 2017: Athletic legend, Caribbean-born Usain Bolt of Jamaica, bid a final farewell to fans Sunday at the IAAF World Athletics Championships at the London Stadium on August 13, 2017 in London, United Kingdom. His final farewell came a day after he limped off the track after pulling up injured during the final leg of the men’s 4×100-m relays. Bolt was presented with a framed piece of the track from the London 2012 Olympics by IAAF President Sebastian Coe. See the moments in photos.

India A vs West Indies A, Day 2 highlights: Cheteshwar Pujara goes past …...