The International Trade Unions Congress, ITUC, has issued a global call for solidarity with former Brazilian president Lula da Silva. On 24 January, a regional appeals court will decide on “politically motivated and false charges against Lula”. The judgment is largely seen as an attempt to stop him from standing for election again as well as to destroy his reputation. 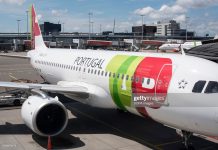 Five Caribbean Countries With The Most Zika Cases