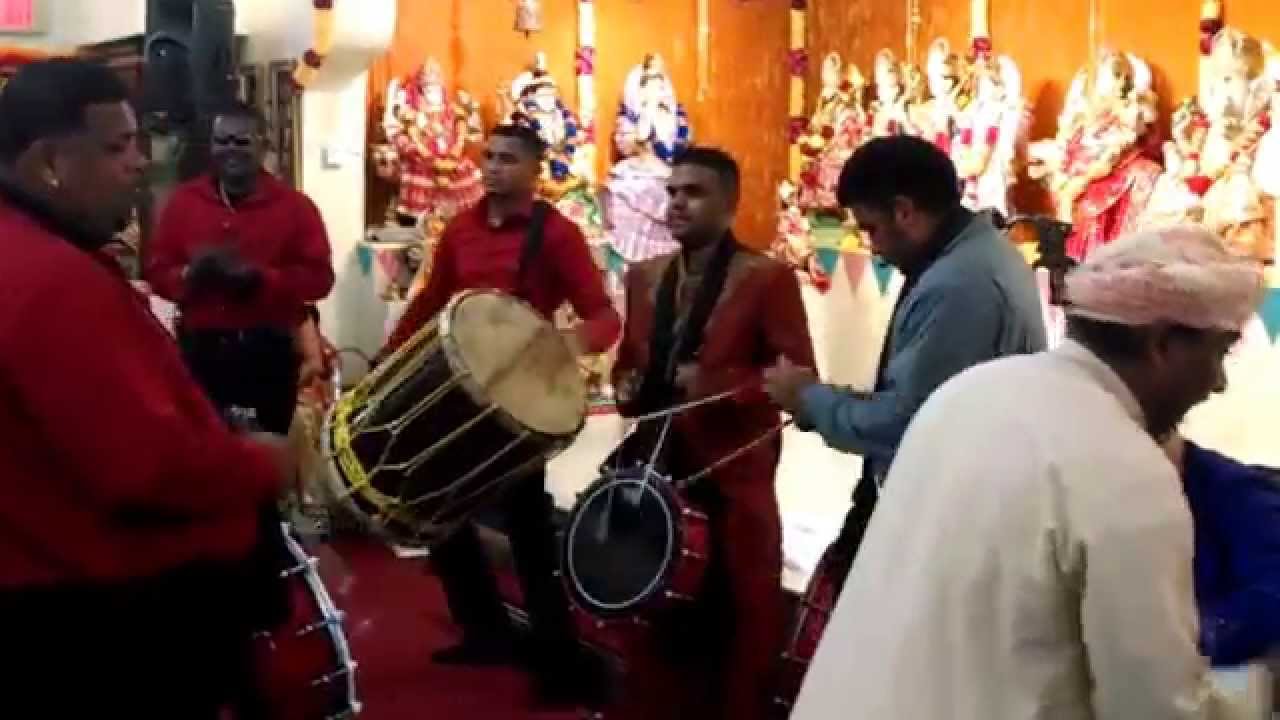 News Americas, BROOKLYN, NY, Fri. Sept. 2, 2016: Say tassa drumming and those familiar with the Indian art form brought by indentured workers to the Caribbean in the 19th century may think of Hindu weddings and festivals. But one Caribbean group of tassa drummers is set to bring the Indo-Caribbean rhythm to the stage of the Brooklyn West Indian American Day Carnival this weekend.

The Boodoosingh Tassa Drummers will be part of the Carnival’s Dimanche Gras concert, which takes over the Brooklyn Museum stage at 200 Eastern Parkway in Brooklyn from 7 p.m. on Sunday night, Sept. 4th.

The group was formed in 2006 in NYC by a former member of the original Petrotrin Boodoosingh Tassa Group of Trinidad & Tobago, which has won 39 T&T national tassa competitions and several at “The World Tassa Championships” at the Performing Arts in Hollywood, California.

Boodoosingh NY has performed for celebrity weddings and parties including Jay Sean, Kumar Sanu , Droopatie, K.I. , and many Caribbean artists.

The group says its goal now is to share the art form with all different nationalities so that everyone can experience the love they have for Tassa drumming.

Tassa drumming is a high energy music performance that traces its roots back to an indigenous musical art form that has many variations and complex rhythms. It can compliment chutney, soca, calypso, pan, parang music and more.

Traditionally, the tassa drum was made by tightly covering a clay shell with goat skin. When ready to play, the goat skin is heated by aid of a fire to tighten the head, making the pitch higher. This process is called “standing it up.”

In this way, the pitch can stay high for 20–30 minutes. Currently, tassa drums are even made by cutting an empty coolant tank in half and attaching a synthetic drum skin to the top of it with nuts and bolts, welding it shut. Synthetic drums do last longer and do not have to be adjusted as frequently. Although synthetic drums last longer, they deviate from the long-standing tradition of clay and goatskin and do not sound the same.

When played in a tassa group, one tassa is the “cutter” and the other is the “fulley” or “fuller” as their role is to make the rhythm or “taal” sound more full. The fulley plays a steady rhythm and at a constant speed while the cutter plays the more intricate rhythms and improvises.

A large bass drum, usually made from a mango tree trunk, is also played filling in a deep sound and in addition there is someone with jhanj or jhaal (Hindi for brass “cymbals”) playing in the group also.

The tassa drums are played with sticks made from wild cane (called “chob”, Hindi for cane sticks) or fiberglass. The sticks can either have very tightly wound masking tape at the top or the sap from a balata tree wound into a ball can form the head of a stick. When played, these pliant sticks are struck on the head of the drum and accomplish a unique sound because the flexibility of the stick is responsible for the roll rather than the regressive bouncing action of the head of the stick.

Nearly 90 Dead From COVID-19 In Jamaica

Amy Coney Barrett’s Church Has Branches In The Caribbean

What’s in a scent? Perfume makers adapt to EU rules