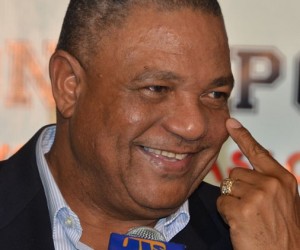 News Americas Now, New York, NY, Thursday, July 10, 2014-The Jamaican Government is exploring the potential of Internet Gaming according to Minister with Responsibility for the Public Service in the Ministry of Finance and Planning, Hon. Horace Dalley.

Minister Dalley was making his contribution to the 2014/2015 Sectoral Debate in the House of Representatives on July 8, said studies show that iGaming already produces more than US$20 billion in worldwide revenue, with the potential to grow even further.

“The last Juniper Research study in the United States projects that Internet-placed bets will reach US$100 billion by 2017,” he informed.

Mr. Dalley said Internet gaming is taking place in Jamaica, but it is currently unregulated. As such, the Government is making every effort to regulate and bring order to iGaming in Jamaica over the next year, the Minister emphasized.

“It is time that we make that progression to this methodology of gaming, as Jamaicans are already well equipped with the devices to facilitate this. The legal and regulatory framework must be in place to enable the Government to earn revenues from this activity,” the Minister said.