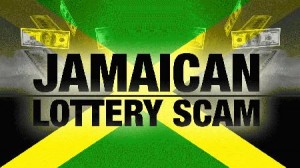 Damion Bryan Barrett, 28, who was extradited from Jamaica in February based on charges that he committed fraud as part of an international lottery scheme against elderly victims in the United States, on Friday pleaded guilty in the U.S. District Court in the Southern District of Florida in Fort Lauderdale.

Barrett admitted to one count of conspiracy to commit wire fraud, the Justice Department announced.

As part of his guilty plea, Barrett acknowledged that had the case gone to trial, the United States would have proved beyond a reasonable doubt that from 2008 through 2012, Barrett was a member of a conspiracy in which elderly victims were informed that they had won a large amount of money in a lottery and were induced to pay bogus fees in advance of receiving their purported lottery winnings.

Barrett also admitted that the United States would have proved that he knew the claims of lottery winnings were completely fabricated and that he and his co-conspirators kept the victims’ money for their own benefit without paying any lottery winnings.

And he also admitted that the United States would have proved that in an effort to convince the victims that the lottery winnings were real, the conspirators sent the victims communications discussing their purported lottery winnings, which falsely claimed to be from a genuine sweepstakes company and from federal agencies including the Internal Revenue Service and the Federal Reserve.  In fact, these communications were not from a genuine sweepstakes company or from agencies of the United States.

At his June 19 sentencing, Barrett faces a statutory maximum sentence of 30 years in prison and mandatory restitution.

Barrett’s co-defendant, Oneike Barnett, 29, pleaded guilty on Feb. 28, 2014, to conspiracy to commit wire fraud.  On April 29, 2014, U.S. District Court Judge William J. Zloch sentenced Oneike Barnett to serve 60 months in prison and five years of supervised release, and to pay $94,456 in restitution for his role in this case.

The prosecution is part of the United States’ ongoing crackdown on fraudulent international lottery schemes.

“Scammers in foreign countries preying on elderly victims in the United States are not immune from prosecution in the United States,” said Acting Assistant Attorney General Benjamin C. Mizer of the Justice Department’s Civil Division.  “This case demonstrates that we will bring those responsible to justice, wherever they may seek to hide.”

“The protection of the most vulnerable members of our society, including the elderly, is one of the top priorities of the Department of Justice and of our office, and this case again shows that an international border is no defense for those who defraud our senior citizens,” said U.S. Attorney Wifredo A. Ferrer of the Southern District of Florida.  “Regardless of where the criminals may be located, we will work together with our domestic and international law enforcement partners to bring them to the United States to hold them accountable for their crimes.  In particular, we thank the Jamaican authorities for their cooperation and assistance in our continuing efforts to stamp out these long-running lottery schemes that target older Americans.”