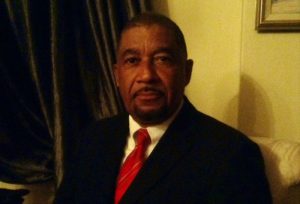 News Americas, NEW YORK, NY, Fri. Nov. 18, 2016: I thank the Jamaica-Gleaner for their recent editorial – ‘Wanting To Hear From The Gov’t About Alpart‘ – that maintains attention to one of the most critical and potentially devastating economy/environment policy trade-offs that could ever be imagined. Jamaicans everywhere need to demand answers on this. We must call out National Environment and Protection Agency (NEPA) for their spineless and tepid response to this issue as it is their remit to protect the environmental integrity of Jamaica for future generations and to keep us informed and aware at every step of the way through public dialogue.

Put simply, if NEPA officials or anyone think that a staged visit by Jamaican Officials to Jinquan’s coal fueled steel/alumina plant in China on a short visit will reveal the truth of coal-burning in China, they should think again. Coal burning has been devastating for the Chinese environment, so bad indeed that the economic reforms in China have required closure of many such plants in order to grapple with the toxic air and pollution faced by China, in its quest for development. I participated in many important Fora arranged by the Chinese on this topic of Eco-friendly development.

I write as someone who has until September 2015, lived in Beijing, China for two years and who had the privilege of visiting many Provinces in China and seen firsthand the absolutely devastating effects of this toxic mode of energy generation. I also saw many important initiatives to improve the environment in China.

There were many days in Beijing when the sky would be blocked from sight and buildings just a few hundred feet away invisible, because of the clouds of coal-fueled industrial Smog that would be blown for hundreds of miles and engulf cities far away. Citizens wore Vog Masks as part of daily wear (we did on occasion, very uncomfortable and probably useless) and in each house or office we had to purchase and install several HEPA Filters, which are small but expensive machines to filter the air to make it breathable. Large buildings had much larger machines. Each morning Beijing Residents would check the Pollution Index on TV or Phone Apps that declared the Pollution Threat levels and gave something called the “PMI Index” which is the level of cancer-causing micro-particles in the air among other readings. At high levels, citizens were ordered to stay inside and there were varying levels of activity specified based on the Index.

Comparative Cancer rates in affected areas in China and the tons of research and writings on the topic need to be reviewed by NEPA and the Policy Makers to deeply understand that they are confronted with a matter of life and death for our citizens, not economic opportunity.

In Beijing there was a phenomenon referred to as “APEC Blue” which is the optical illusion of clear skies that purportedly China would create when world leaders visited and that is to turn off an estimated 14,000 coal-burning plants so that the pollution levels would decline and the visitors would be duly impressed by what would seem to be blue skies. The only clue would be the starless night sky, which would be occluded by the remaining haze. I speak with the intimate knowledge of someone who has lived in such an environment for some time and who is aware of the effect on asthmatics and other persons who are vulnerable.

Coal burning plants and Tourism that promotes a pristine environment, beautiful beaches and a healthy population are entirely incompatible and it is time that this challenge to our health and development be fully put to rest or explained by our Leaders. Are we to write off the citizens of Mandeville at this point? And do you think Kingston and Montego Bay will remain unaffected? As it goes in Beijing, so too will it go in Jamaica.

I also speak as someone who has deeply studied the Chinese economy, Culture, Development Objectives and of necessity Foreign Policy. They hold the friendship with Jamaica in very high regard and at even higher levels than the officials at Jinquan, would find this dumping on Jamaica (Yamaija) abhorrent as China has made great advances in Alternative Energy Generation ( based on Billions of Dollars invested in research) which should be considered by these Investors as an energy alternative to coal.

The fault however, lies at our own door as in an over-eagerness for a panacea for economic growth, such unacceptable trade-offs are being considered. Jamaica should also be very vigilant that our decision-making processes are not corrupted; as China itself has established a serious anti-corruption drive that is to be admired under its “Fourth Plenum: Rule of Law” regulations that have seen “Whales” and “Minnows” (as they refer to high and low ranking persons) stripped of power and thrown in jail or worse.

In a Volatile, Uncertain, Complex and Ambiguous (“VUCA”) world, Jamaica must chart its own destiny by making choices that are in accordance with maintaining the good environment (especially the air) that we have been blessed with. I believe in Economic Growth but not at any price. We must never confuse Growth with Development, a broader term that includes the quality of life of our citizens and a good environment.

Finally, on no account should we allow TOXIC INDUSTRIES that are being pushed out of China to come to our shores in a way that destroys our environment. The Chinese are willing to participate in our economic development and this is welcomed, but it must follow their own standards of WIN-WIN negotiations, a concept they fully understand and be respectful of our environment and development needs. Leadership and deeper engagement on negotiating this aspect of the proposed investment is required.

Ambassador Ralph Thomas is former Ambassador of Jamaica to China, and former Ambassador of Jamaica to the United States and Permanent Representative to the Organization of American States. On Thursday, November 17, 2016, The Jamaica Gleaner ran an editorial: “Wanting To Hear From The Gov’t About Alpart.” The editorial raised concerns about the Jamaican Government’s silence on the possible severe environmental impact of Chinese company Jinquan’s plan to invest heavily in bauxite/alumina/aluminum production in Jamaica powered by coal-fired energy generation. According to Ambassador Thomas, the Jamaican Government is “…confronted with a matter of life and death for our citizens, not economic opportunity.” Ambassador Ralph Thomas’ call via Facebook for a response by Jamaicans everywhere to the potential environmental disaster posed by this proposed investment is reproduced here with Ambassador Thomas’ permission. This article first appeared on The Ward Post.