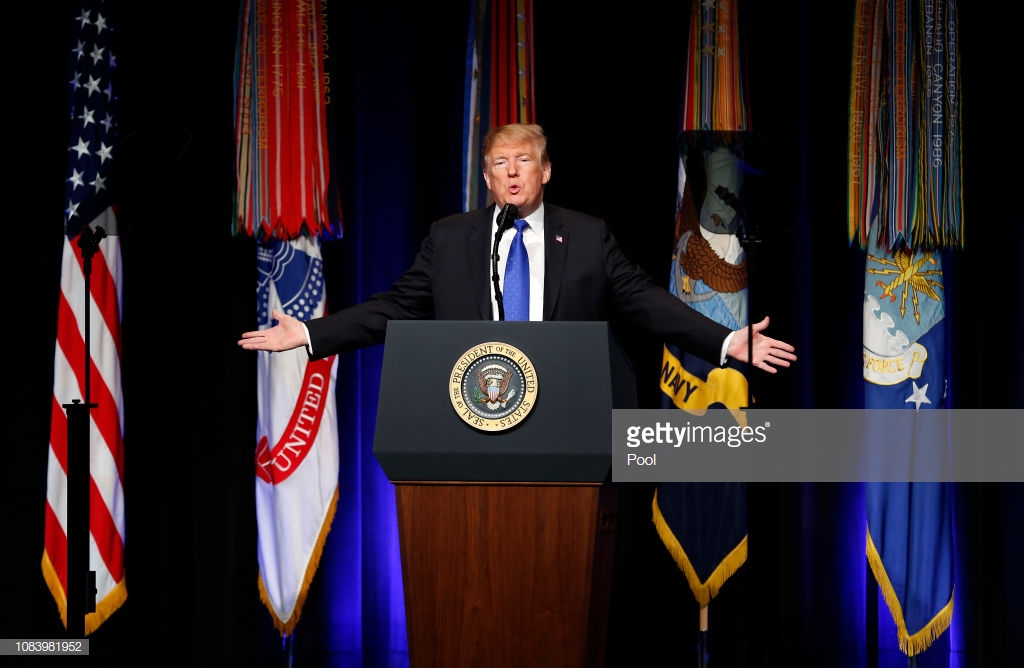 News Americas, MIAMI, FL, Fri. Jan. 18, 2019: This week, as we enter week four of a government shutdown marked by the rampant scapegoating of immigrants and ignoring of the plight of federal workers, I want to take you briefly to the Caribbean and introduce you to a Caribbean Calypso by Tobago-born calypsonian Lord Nelson, that just about sums up the current situation in the US.

“King Liar,” was released by Lord Nelson, born Robert Nelson, in 1977, and told the fictitious story of a “big lying competition” to see who would be crowned “lying champion.”

Lord Nelson, now 88, who last weekend received a Lifetime Soca Award at Tobago Loves Soca weekend, must be amazed to see his fictional lying competition become a reality in the US’ most important office of the land – The White House.

There have been lies, alternative facts, missteps, mis-statements and dog whistles from the US’ 45th President and his administration from day one, but this past week, the lying competition escalated to a different level.

This seemed like the finals and El Trumpeto undoubtedly added another crown to his orange head – that of “King Liar.”

In his nine-minute speech from the Oval Office, marked by heavy breathing and lots of squinting, the outrageous lies flowed without shame, amid the loudest dog whistle ever to his unlearned base.

Lie #1 – Border crossings are at or near an all-time high.

Truth:  The US’ own Department of Homeland Security itself reports border crossings are at some of the lowest levels in decades and that the number of migrants apprehended at the border last year was the fifth lowest total since 1973.

Lie #2 – Thousands of Terrorists are entering the country through the southern border, creating a national security crisis.

Truth: The US’ own Justice Department has confirmed that “no immigrant has been arrested at the southwest border on terrorism charges in recent years.” So what crisis is this?

Lie #3: The Trump wall would stop gang members who are pouring in and killing innocent Americans.

Truth: This is blatant stereotyping and a MEGA dog whistle, since the fact is that many of the migrants trying to seek asylum to enter the US are fleeing gang violence and recruitment in their home countries and are not MS-13 threatening the “blood” of Americans.

Lie #4: The wall would stop drugs from pouring in through the border.

Truth: The majority of illegal drugs, including opioids, are not entering from the southern border alone. They are entering the US through legal ports of entry and passenger vehicles, boats, planes, and tractor trailers used to smuggle drugs. Posing in a photo with a bag of cash and drugs supposedly nabbed at the Southern border is nothing but props in the finale of the lying competition.

Lie #5: We need a new wall on the entire Southern Border.

Truth: This is a logistical impossibility given the terrain of the Southern border and the fact that private citizens, including Native Americans, own land at the border. Further, a report by the Government Accountability Office has already found that this ill-conceived wall plan would only waste billions of taxpayer dollars and might “cost more than projected, take longer than planned, or not fully perform as expected.” Additionally, there is already 650 miles of existing border barrier and along with border agents and drones, they work fine.

Lie #6: I ‘never meant’ Mexico would directly pay for the wall.

Truth: This handed him the crown hands down! Trump of course made this claim throughout his campaign and hyped up his base with chants of “Who will pay for the wall? “Mexico!”

In fact, his own campaign website in 2016 stated that Mexico would make a “one-time payment of “$5-$10 billion.” “It’s an easy decision for Mexico: make a one-time payment of $5-10 billion to ensure that $24 billion [in remittances] continues to flow into their country year after year,” the memo said. “We have the leverage, so Mexico will back down.”’

Two years later, Trump now bold facedly claims he “never said they were going to write out a check” and that Mexico would pay for it indirectly “many, many times over.”

“King Liar! Teacher Percy say if you tell a lie you going to hell as soon as you die….”

Perhaps the so-called Christians in the administration including his Veep and spokesperson, who are all spewing the same lies and standing by their lying competitor as they gobble the Kool-Aid, may want to think about that the next time they choose to enter the ring of the lying competition, aka the Trump Reality Presidential dog whistle and wall show.