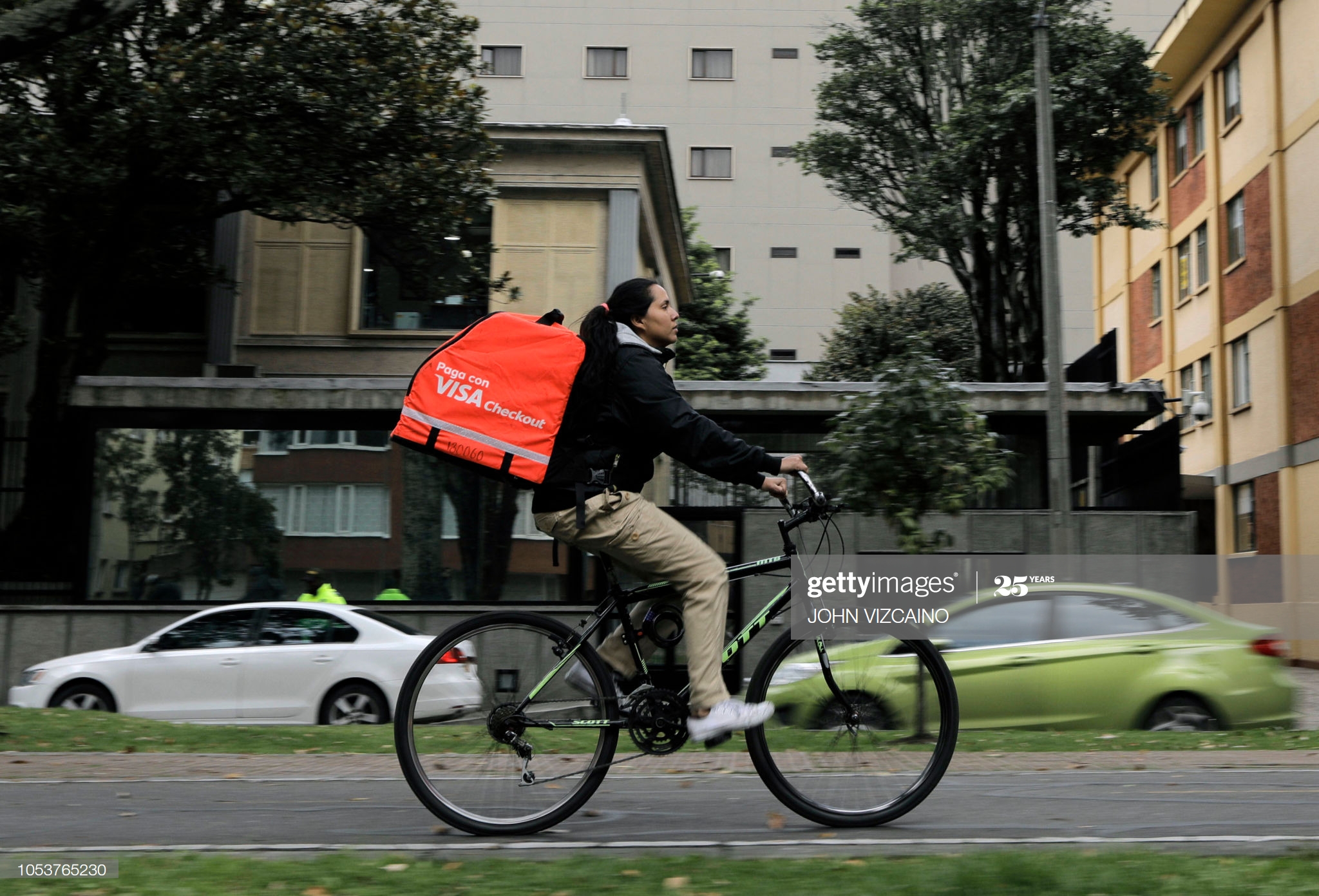 MEXICO CITY, Mexico, Tues. April 21, 2020, (Reuters) – The chief executive of Colombian food technology startup Muy had expected to spend the past few weeks gearing up to raise a dollop of fresh funds from venture capital firms for an ambitious expansion plan.

Instead, Jose Calderon was busy shuttering all 40 of the company’s restaurants in Mexico and Colombia as the coronavirus outbreak forced lockdowns across the region.

“All stores zero, zero, zero, everything red. It’s super difficult,” said Calderon, who axed his own pay by more than half and asked employees to take voluntary cuts six months after raising $15 million.

As a veteran entrepreneur, he added, “I have gone bankrupt because I made bad decisions, I didn’t execute well, but this time – it’s tough.”

Calderon’s experiences reflect the sharp blow the coronavirus has dealt to startups in Latin America, whose tech sector – with a strong helping hand from Japan’s SoftBank Group Corp in particular – had finally begun achieving billion-dollar valuations after years of struggling to attract international investors.

Startups worldwide have been battered by the coronavirus, which has confined billions of people to their homes and ground much of the global economy to a halt. But in emerging markets such as Latin America, it is an especially precarious moment in the technology sector’s development, and that could make it harder for entrepreneurs to rebound.

“We were just gaining traction,” said Federico Antoni, an investor with Mexico City-based venture capital firm ALLVP. “It is definitely a bad time to be hit by this huge, unprecedented crisis.”

For startups from Bogota to Mexico City, survival has become the order of the day. In a memo titled “Rules of Wartime,” Argentinian venture capital firm Kaszek Ventures, which has invested alongside SoftBank in startups such as Brazilian used-car platform Volanty and online housing broker QuintoAndar, urged entrepreneurs to assume revenues will plummet to zero and capital will be scarce for the next several quarters.

“Bread and water until the sun shines again,” the memo reads.

In some markets, the impact is already stark. In Brazil, funds invested in its venture capital market dropped 85% in March from the year-ago period, according to the market intelligence arm of Brazilian firm Distrito.

Some deals are still coming to fruition. SoftBank said this month it will invest $48 million in Brazil’s online pet products retailer Petlove, and Brazilian logistics startup CargoX announced it had raised $80 million.

But layoffs and salary cuts are rippling across the region and even startups that can still raise money have been forced to do so at fire-sale prices.

Mexican fintech startup Visor ADL explored a sale, Chief Executive Ruben Sanchez said, but instead was able to bring in an investor. The company is now finalizing a funding round, though he conceded it is at a discount to the valuation.

“You got to be alive tomorrow to catch the breeze,” Sanchez said.

Scooter company Grow, once one of the region’s most promising startups after high-profile funding rounds, is now in hibernation after the business was sold.

Grow, which had already been struggling, suspended its operations across Latin America in March.

In Mexico, that left the crews charged with distributing the scooters out of work. Grow offered the workers help finding new jobs, but they protested by occupying a Mexico City scooter warehouse for about two weeks, according to a person with knowledge of the matter.

Grow said in a statement that after a period of negotiations it reached a deal with the workers, adding it had worked to minimize job losses and was experimenting with new offerings, such as a monthly rental system in Brazil.

‘TAKING CARE OF EVERY PESO’

For those who survive, timing is key. Colombian startup Ayenda, a high-tech hotel chain, announced an $8.7 million round in February, just before the crisis hit the region.

Chief Executive Andres Sarrazola had figured he would churn through the money by December, but has since hit the brakes. The company has reduced its burn rate by up to 40% by cutting marketing and travel, buying it at least 16 months, Sarrazola said.

Gym membership app Gympass, backed by SoftBank in a $300 million round last June, said it reduced its workforce worldwide by 20% as users stay home. The company founded in Brazil and now headquartered in New York is now offering exercise classes online.

At Colombian delivery startup Mensajeros Urbanos, Chief Executive Santiago Pineda said a funding round has been delayed, putting him on edge even though the company has increased business doing deliveries for pharmacies and supermarkets.

“It has been quite a challenge to maintain (limited partners) interested in investing,” he said.

The co-founder of Mexican eyewear startup Ben & Frank, Mariana Castillo, said she is abandoning plans to seek funding this year and is focused on survival. Although the company is still doing online sales, Castillo shuttered all 24 stores and put the brakes on three new locations.

“We’re really taking care of every peso that comes into the company,” she said.

Some remain optimistic about the startup scene’s survival in a market where entrepreneurs have long operated with limited resources.

Eric Perez-Grovas, general partner at Mexican venture capital firm Jaguar Ventures, said companies that make it through the crunch could be poised for success.

“Survive these three months, and you’ll have a good market and pool of talent,” he said.

Calderon, the food entrepreneur, is already laying plans to revive Muy, which runs “cloud kitchens” catering to the food delivery sector and also operates its own restaurants, using artificial intelligence to predict demand.

The company had halted operations so it could figure out best practices to keep employees safe, Calderon said, and began reopening locations for delivery orders last week.

But it is still difficult to revisit the presentation he planned to share with investors, boasting rosy projections of doubling average sales per store.

“We lost all that momentum,” Calderon said. “We never saw this coming.”

How can we best preserve cultural traditions around the world?