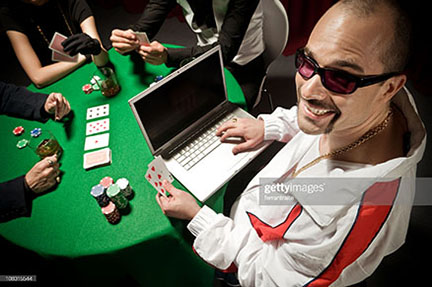 News Americas, NEW YORK, NY, Fri. Oct. 8, 2021: Leading poker sites are targeting Brazil and South America as a new hot market to take their jackpot tournaments to. And they are doing so with the signings of professionals as brand ambassadors.

The world’s number one poker site GGPoker and rivals PokerStars and PartyPoker dominate the poker space with global popularity from the United States to the Far East. Now attentions have turned to South America.

Brazil is one of the fastest growing markets for online gaming. It is now ranked as the eighth largest country for poker players with an estimated seven million regular Texas Hold’em players according to the Brazilian Confederation of Texas Hold’em.

It is therefore no surprise that GGPoker, PokerStars and PartyPoker have all made moves to gain exposure to some of the 212.6 million population of Brazil, the sixth most populated country in the world.

GGPoker have formed Team Brazil, a group of professional poker players who will help market the brand. The sole member at present is Felipe Tavares Ramos, known in the industry as Felipe Mojave.

He is the most iconic Brazilian poker player and was the number one ranked Latin star for a number of years after earning the 2016 Most Inspiring Player award. GGpoker aim to establish themselves in Brazil with high-profile players, big online tournaments and enticing bonuses for new players.

PartyPoker have secured the signing of the current Brazilian number one Yuri Dzivielevski as one of their faces in Brazil. theNERDguy, as Dzivielevski is known while at the poker tables, heads PartyPoker’s new sponsored team.

With earnings of more than $14 million, Dzivielevski is the most successful South American poker player of all-time.

“It’s a dream coming true,” Dzivielevski said. “Joining PartyPoker is one of the most important achievements in my career and I am very excited to work with them.”

Rafael Moraes, known as GM_VALTER, has been signed as the face of PokerStars as part of their move into Brazil.

He claimed his biggest career win at 2016 SCOOP hosted by PokerStars, said: “I wouldn’t be a professional poker player if it weren’t for PokerStars. So, I’m realising a big dream.

“It was the site where I got to know poker. It was where I made my first cash, my first final table, my first title.

“Everything I’ve done during these 12 years, and now being relevant enough to become an ambassador for the biggest poker site in the world, that was exactly what I was looking for.”

Colombia’s next defence minister faces ‘a hell of a fight’