News Americas, NEW YORK, NY, Weds. Nov. 20, 2019: It’s been a “hot” fall in Latin America that is now spilling into the winter with no real end in sight. People power is trumping elected power and holding governments and leaders feet to the fire.

From Chile to Bolivia, Brazil and Nicaragua, protests have been ramping up for weeks on the heels of the hot summer of protests in Venezuela.

The UN human rights office also called on Nicaragua to end its “persistent repression of dissent” saying that the recent detention of the 16 anti-government protesters accused of arms trafficking appear to be based on “trumped-up charges.”

In Chile, protests entered month two with 22 people dead and more than 2,000 injured as Chileans continued on Monday to protest social and economic inequality, and against an entrenched political elite that comes from a small number of the wealthiest families in the country.

And in Bolivia, protests continued from supporters of Evo Morales, who resigned and fled to Mexico after losing the support of the security forces. The protest has also triggered food shortages with locals yesterday lining up to buy chicken in the Miraflores neighborhood, La Paz, Bolivia. The unrest in Bolivia first erupted after Bolivia’s ex-President Evo Morales — the country’s first indigenous president — was accused of rigging the results of the October 20 polls to gain re-election to a fourth term. Jeanine Anez, the former deputy speaker of the Senate, declared herself the interim president and has pledged to call elections soon.

Also on Nov. 18th, supporters of Venezuelan opposition leader Juan Guaido, again demonstrated, though in smaller numbers, against the government of President Nicolas Maduro in Caracas, Venezuela while on Sunday, Nov. 17th, protesters took to the streets in Sao Paulo, Brazil, calling for the impeachment of Brazilian Federal Supreme Court Justice Gilmar Mendes.

The latest protests comes on the heels of protests earlier this month in Honduras against the construction of a housing project at La Tigra National Park, in El Chimbo, north of Tegucigalpa and in Ecuador, where protests began this fall when President Lenín Moreno touched the third rail of Ecuadoran politics: lifting state fuel subsidies.

Most experts, including the authors of a recent Foreign Affairs article, “Why Latin America Was Primed to Explode,” trace the recent spate of protests to inequality, anger over corruption, unaccountable political systems and political elites, and the collapse of rising popular expectations after the end of the commodities boom of the early 2000s. All of these have contributed to popular discontent.

The question now is whether the people powered protest movements will win or fail to bring about much needed reform. 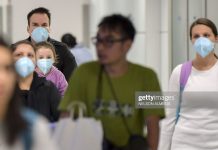 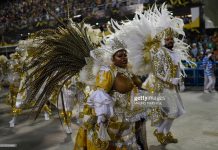 To Ease Crisis, U.S. May Vet Young Refugees Inside Honduras

Protesters, police clash near soccer stadium in Brazil – The Hindu