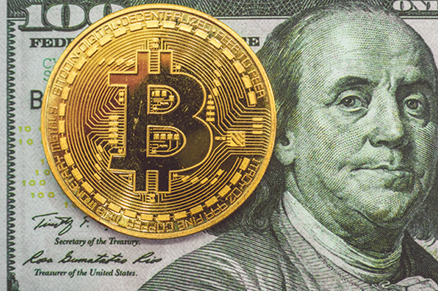 The country recently made history by becoming the first country in the world to declare Bitcoin as an official means of payment. Its Congress, by a majority vote, supported the initiative of President Nayyib Bukele on June 9th.

Since 2001, the US dollar has been the only currency in the country. However, things are about to change very soon. In practice, this means that any business, including every best Mega Moolah casino in the country, will be obliged to accept bitcoins as payment for its goods and services, except in situations where it is not equipped with the technologies necessary to perform transactions.

President Bukele has called the move historic for the country as a whole and for the 70% of Salvadorans who do not have bank accounts. “This paves the way for financial inclusion, investment, tourism, innovation, and economic development in our country,” the President of El Salvador tweeted recently.

The Economy of El Salvador

El Salvador’s economy relies heavily on remittances sent home by Salvadorans living abroad. There are about two million such people, and annually they transfer more than $ 4 billion to their families, which is about 20% of the country’s GDP. Economists have different views on the decision of the Salvadoran government. Some call it a unique achievement that will become a turning point for the country; others are expressing concern about cryptocurrency volatility. Some experts believe that the country’s authorities have made it difficult for themselves the task of the International Monetary Fund (IMF), from which they are seeking to allocate $ 1 billion.

El Salvador’s congressional vote coincided with a statement by Donald Trump, who said he considered bitcoins a fraudulent scheme designed to compete with the dollar on the world stage. And although Trump is no longer the President of the United States and is even actually deprived of the right to vote on social networks, his opinion on financial issues, experts say, has weight for a certain part of the business community.

Bitcoin, which is a virtual asset not tied to the real economy, has undergone significant fluctuations in value in recent years. Most central banks in the world are talking about the possibility of creating their own cryptocurrencies. Specifically, in April, the Bank of England announced that it had begun work on a digital currency that would have the same qualities as cash and bank deposits. The new asset will have the following features:

It is worth adding that Bukele says that the circulation of bitcoin will contribute to the flow of investment, tourism, innovation, and economic development. Finally, this should increase the penetration of banking services among the population. At the moment, only a fifth of them use cards and have bank accounts.

Also, El Salvador has agreed to cooperate with the digital wallet Strike on the development of modern infrastructure in the country for using bitcoin, as the president says. In March, Strike launched a payment app in El Salvador, which became the most downloaded in the country.

However, salaries and pensions will continue to be paid in U.S. dollars, said Bukele, without specifying if that included salaries paid to state workers and private sector employees.