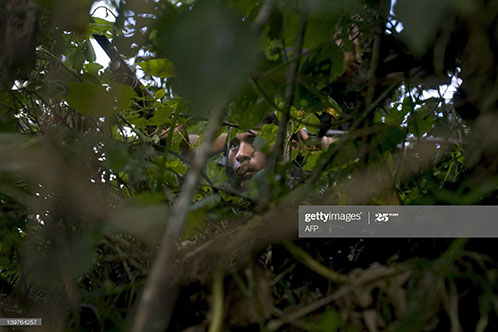 LIMA, Peru, Tues. June 16, 2020 (Reuters) – Peruvian peasant brigades, who decades ago battled leftist rebel groups, are now doling out rough justice in a bid to slow the spread of the novel coronavirus in the Andean country, which has the region’s second highest number of cases after Brazil.

The elected community militias, who in normal times solve odd cases of infidelity, robberies of chickens, or go after badly-behaved mayors, judges and other officials, say they now use lashes to punish those breaking quarantine.

“According to the crime, you can punish with lashes,” Aladino Fernández, the president of a group in the northern highland region of Cajamarca, told Reuters by telephone. “A serious crime would be about 15 lashes.”

After their creation in the 1970s the militias expanded throughout the country’s rural highland areas, where there is little state administration. In cities and urban areas, the police and judges enforce law and order.

After a coronavirus quarantine was declared in March, the peasant brigades in Cajamarca closed their regional borders and imposed social isolation measures, which has kept cases in the area low with just over 1,000 diagnosed infections.

In the southern area of Puno, with 1.2 million inhabitants, there have been 526 infections and 9 deaths. In that region the militias also took control after the start of the lockdown.

While critics say these groups over-use violence, the brigades’ activities are recognized under Peruvian law after they played an important role in the decades-ago fight against leftist Maoist rebels known as the Shining Path.