U.S. ICE has published a photograph of Venezuela Industry Minister, Tareck El Aissami, with the question, “Have you seen this most wanted fugitive?”

A crowdfunding campaign for the repatriation of Belgian Didier Spautz, left severely injured after being attacked in Panama has collected over €10,000.

A magnitude 5.9 quake hit just off El Salvador this week but no reports of damage or injuries were reported.

Nicaragua this week granted citizenship to former Salvadoran President Mauricio Funes, who is wanted back in his homeland on allegations of illicit enrichment and embezzlement.

Alejandro Toledo, a former Peruvian president facing bribery charges in his home country has been denied bail by a federal judge in San Francisco out of fear he would flee to Israel.

And California architects Ronald Rael and Virginia San Fratello have installed see-saws at U.S.-Mexico border so children on both sides can play together. 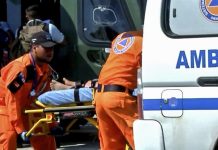 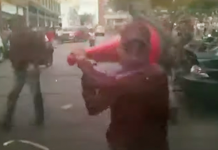